CHICAGO -- Lawyers for the man accused of killing Academy Award winner Jennifer Hudson's family members want to speak with the star before the trial begins in April.

William Balfour, 30, allegedly killed Hudson's mother, brother and nephew in October of 2008, and defense attorneys want to ask her about a text she may have exchanged with her mother just before the murders, the Chicago Sun-Times reports.

Balflour is the estranged husband of Hudson's sister -- Julia Hudson. He allegedly shot the Hudson sisters' mother, Darnell Donerson, their brother, Jason Hudson, and Julia Hudson's 7-year-old son, Julian King because he suspected his ex of being in a relationship with another man. Donerson and Jason Hudson were found dead in their South Side home, and police found the boy's body three days later in an SUV on the city's West Side.

At a Tuesday hearing, Chicago Police Officer Jennifer Bryk said a boy on the block told officers that Balfour threatened to kill everyone in the house a week or two before the murders, the Chicago Tribune reports.

During the hearing, defense attorneys attempted to get evidence thrown out from a search near the murder scene. They also claimed officers did not have enough "probable cause" to arrest Balflour, the Sun-Times reports.

In 2008, Balfour's attorney at the time said that there was no fingerprint, blood or other forensic evidence linking Balfour to the slayings. But prosecutors have said there is evidence linking Balfour to the murders, including gunshot residue on the steering wheel of his car. They also have said detectives have disproven some statements Balfour made to them, and Julia Hudson told police that he repeatedly threatened to kill her in the days leading up to the murders.

According to the Tribune, Assistant Public Defender Amy Thompson wants to meet with Hudson before the April trial begins, in case the star is asked to take the stand. Attorneys reportedly want to know more about calls and text messages she may have exchanged with her mother shortly before the murders.

Prosecutors said they already handed over Jennifer Hudson's contact information, but Thompson said it was just a number for her agent. 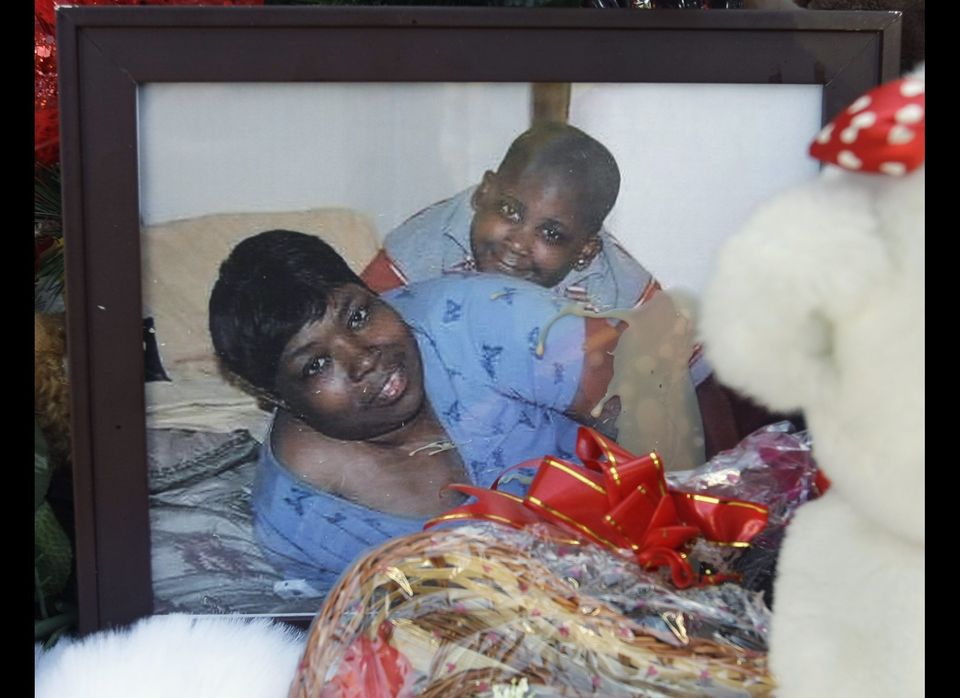 1 / 32
An Oct. 28, 2008 file photo shows a photograph of Darnell Hudson Donerson and her 7-year-old grandson, Julian King, at a makeshift memorial outside Donerson's home in Chicago. Donerson along with her son, Jason Hudson, were found shot to death inside the home Oct. 24. King was found shot to death inside an SUV on the city's West Side three days later. Donerson is the mother of singer and Oscar winner Jennifer Hudson. On Tuesday, Dec. 2, 2008, William Balfour, the estranged brother-in-law of Hudson, was charged with three counts of first-degree murder in the shooting deaths of the family members. (AP Photo/Charles Rex Arbogast, File)