Lawrence was honored with the trophy for her performance as Rosalyn Rosenfeld in "American Hustle," beating out Sallly Hawkins in "Blue Jasmine," Lupita Nyong'o in "12 Years A Slave," Julia Roberts in "August: Osage County" and June Squibb in "Nebraska."

Lawrence's character is the wife of con artist Irving Rosenfeld, who refuses to divorce her husband. This is Lawrence's second Golden Globe award and third nomination. She previously took home the trophy for Best Actress - Comedy or Musical last year for her part in "Silver Linings Playbook." "American Hustle" was tied with "12 Years a Slave" for the most nominations with seven. It was also up for Best Picture - Musical or Comedy, Best Actress - Musical or Comedy (Amy Adams), Best Actor - Musical or Comedy (Christian Bale), Best Supporting Actor (Bradley Cooper), Best Director (David O. Russell) and Best Screenplay (Russell and Eric Warren Singer).

The 71st annual Golden Globes were hosted by Tina Fey and Amy Poehler at the Beverly Hilton Hotel in Beverly Hills, Calif. on Sunday evening. Last year, the award for Best Supporting Actress went to Anne Hathaway for her role as Fantine in "Les Miserables."

What Better Way To End This Live Blog

"This is really boring television" Elisabeth Moss, my new role model for all social interactions #GoldenGlobes

Ronan Farrow Is Not Happy With Woody Allen

Missed the Woody Allen tribute - did they put the part where a woman publicly confirmed he molested her at age 7 before or after Annie Hall?

It was the only win of the night for "12 Years A Slave," but it was a big one. Steve McQueen's acclaimed drama won Best Picture - Drama, besting "Gravity," "Philomena," "Rush" and "Captain Phillips."

"This is an incredible, incredible honor." DiCaprio, ever classy, thanks his fellow nominees (Christian Bale, Bruce Dern, Oscar Isaac and Joaquin Phoenix) and also Martin Scorsese. "You're a risk taker. You're a visionary."

The Globes love them some "Brooklyn Nine-Nine," which has been on the air for half a season.

One of Liam Neeson's particular set of skills: introducing movies about space! #goldenglobes 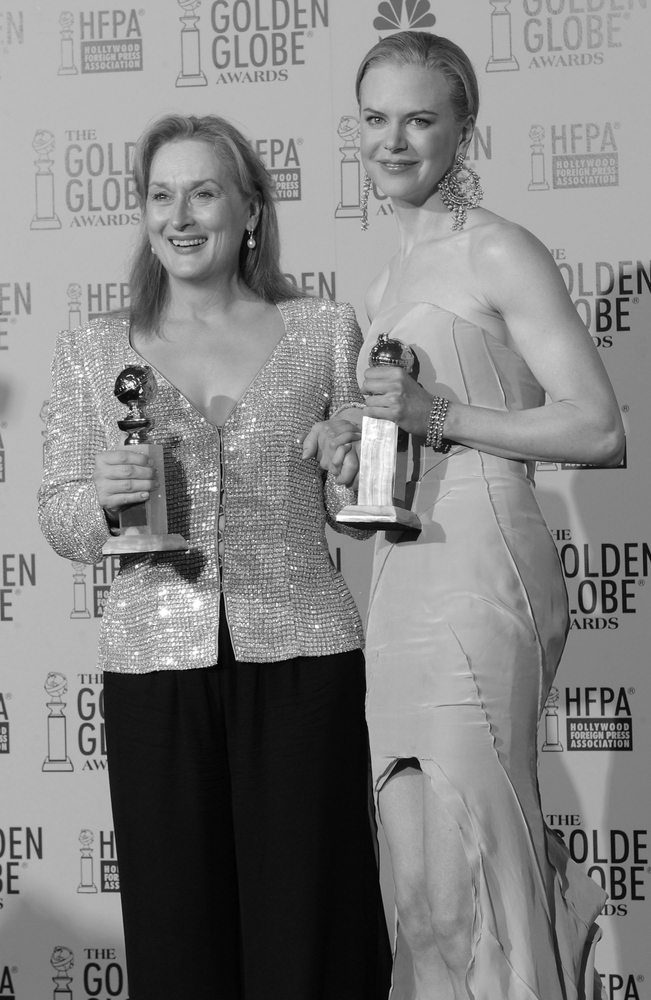