Jennifer Lawrence is having a good year; not only did did she star in "The Hunger Games," one of the biggest movies of the past 12 months, she just scored a Golden Globe nomination for Best Actress in a Comedy or Musical for her role in "Silver Linings Playbook."

"It's probably the only way you could wake me up early and not make me mad," Lawrence joked of her nomination on Dec. 13.

She may be a big screen queen now, but Lawrence actually got her start on TV in 2006. After guest spots on shows like "Monk" and "Cold Case," she landed a supporting role on the short-lived "Bill Engvall Show" from 2007-2009, after which she transitioned to movies with the critically-acclaimed "Winter's Bone."

For this week's installment of Flashback Friday, check out some nostalgic highlights from Lawrence's time on "The Bill Engvall Show," wherein she played Lauren, the daughter of Engvall's character. 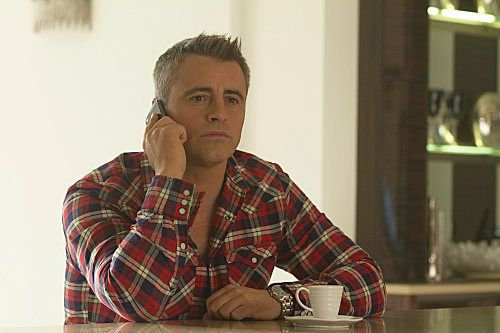 1 / 18
Matt LeBlanc, "Episodes"
"It’s an incredible honor to be nominated again for a show that I am so proud to be a part of. And I am thrilled that the show has been recognized as well because everyone involved works so hard. Thank you Hollywood Foreign Press."
Showtime