Jennifer Lawrence is one fierce lady.

Just like her on-screen character Katniss Everdeen, "The Hunger Games" star takes major risks in real-life -- lately, in the fashion department. Lawrence, 22, flashed major skin in a tiny black and white striped crop top as she promoted "The Hunger Games" sequel "Catching Fire" during Comic-Con 2013 at the San Diego Convention Center on July 20. She paired the look with a short white skirt and sexy heels while hanging out with her handsome co-stars Liam Hemsworth and Josh Hutcherson.

And speaking of those hunks, Lawrence says they had quite the time celebrating during their shoot in Hawaii. At one party, one male cast member borrowed a shirt from the Oscar winner, which was obviously a sight to be seen.

"We had some good parties. They were so weird," Lawrence told reporters at Comic-Con. "Woody Harrelson in a crop top was my favorite. He got really hot and wanted to borrow a shirt of mine because he wore a thermal and the only thing he could fit in was a baggy crop top. And the best part is nobody mentioned it! The whole party, like nobody said anything. They're just like, 'Yeah, Woody's in a crop top.' That was great."

See Jennifer in one below: 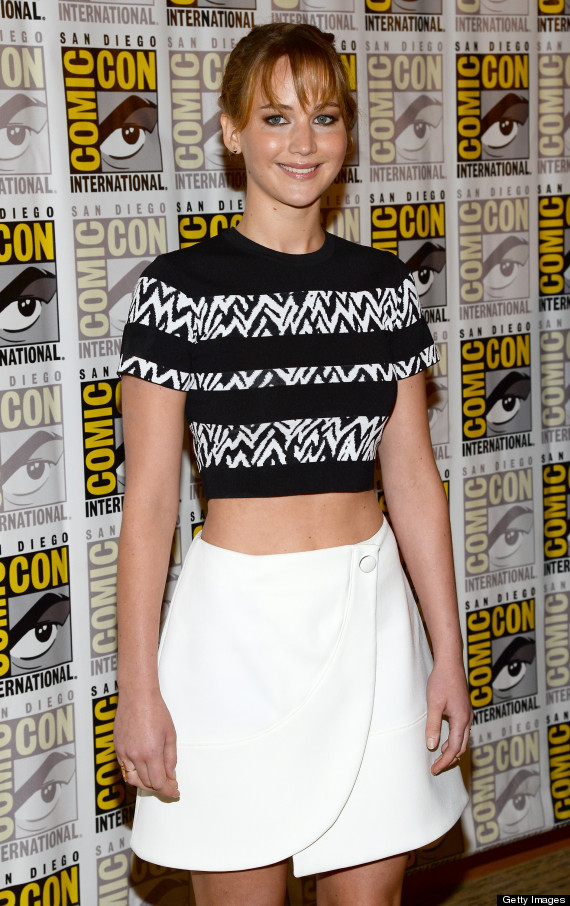 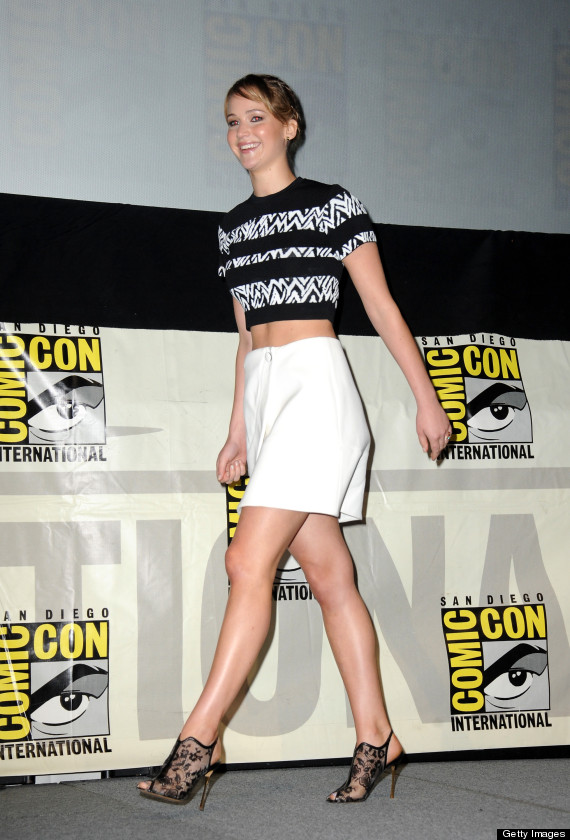