Jennifer Lawrence is back -- and she's gone over to the fashion side.

Everyone's favorite bubbly blonde actress popped up at the Christian Dior Couture show today in Paris, doing her duties as the face of Miss Dior handbags. We'd initially dismissed the J.Law for Dior pairing as misguided, and Lawrence's somber, veil-covered appearance in the first ad campaign reinforced our skepticism.

But it would appear that Lawrence is finally getting comfortable with her high fashion role. Sitting front row at today's runway show, Lawrence sported a bold pair of Dior Resort 2014 pants with an extra "half-skirt" along one leg. She paired the bottoms with a lace crop top that showed off her tummy and oversized black sunglasses. (Good call with the pants, Jen -- best for not tripping up the stairs.)

So where does this newfound fashion confidence come from? Perhaps scoring her first-ever Vogue cover did the trick. Women's Wear Daily reports that Lawrence will cover Vogue's big September 2013 issue, shot by Mario Testino.

We haven't gotten a peek at the leaked cover yet, but we're willing to call it now: She's probably wearing Dior. 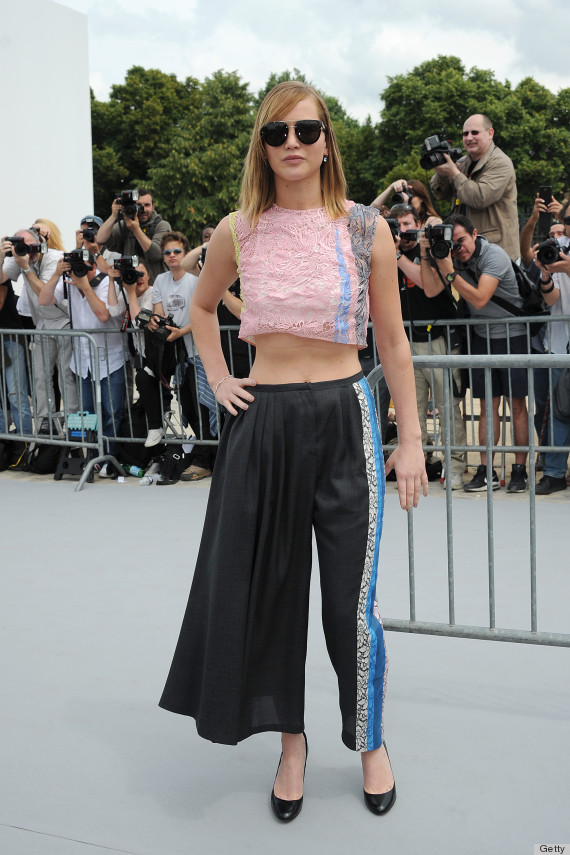 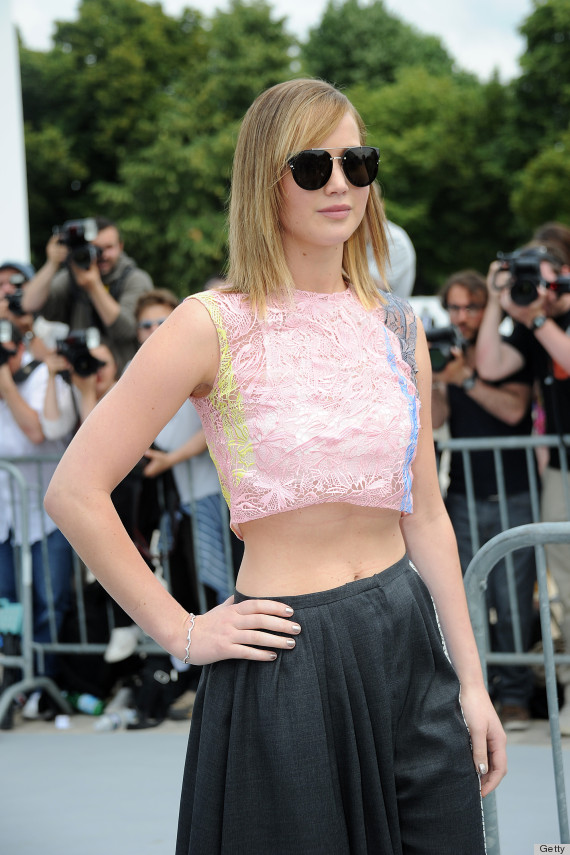 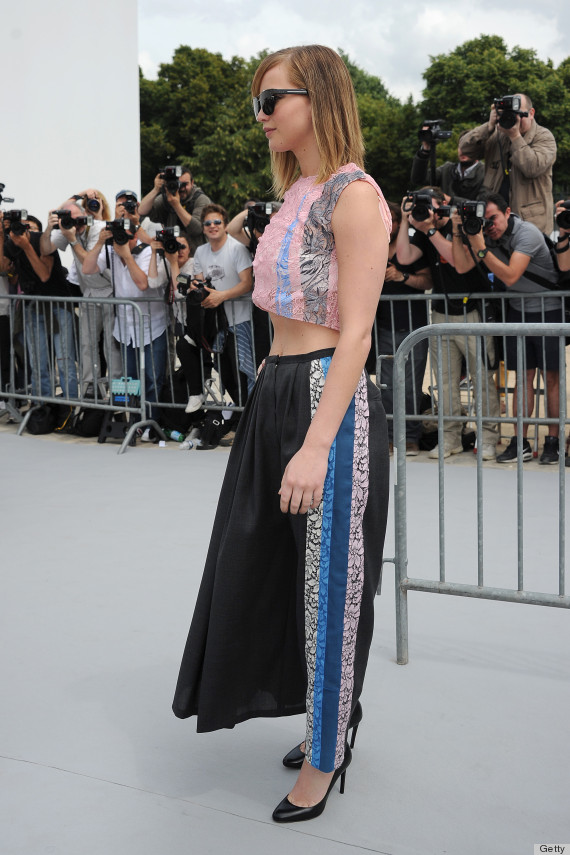