We're used to Jennifer Lawrence pulling out all the stops on the red carpet. Have you seen all of the Dior couture she's rocked this award show season? Flawless.

Leading up to the big finale at Sunday's Oscars, the actress stepped out to attend the 2013 Film Independent Spirit Awards. Instead of a dress from her go-to French fashion house, Jen opted for a black Lanvin number, complete with a crystal choker, knotted belt and a hefty does of sideboob.

The girl is known to flash her fair share of cleavage on the red carpet, but this new method of risqué dressing puts her in Michelle Dockery territory. Should we expect a boob window at the Academy Awards?

We do have to give the 22-year-old some credit though -- she looked pretty great in last night's look. Check out the photos below and tell us what you think! 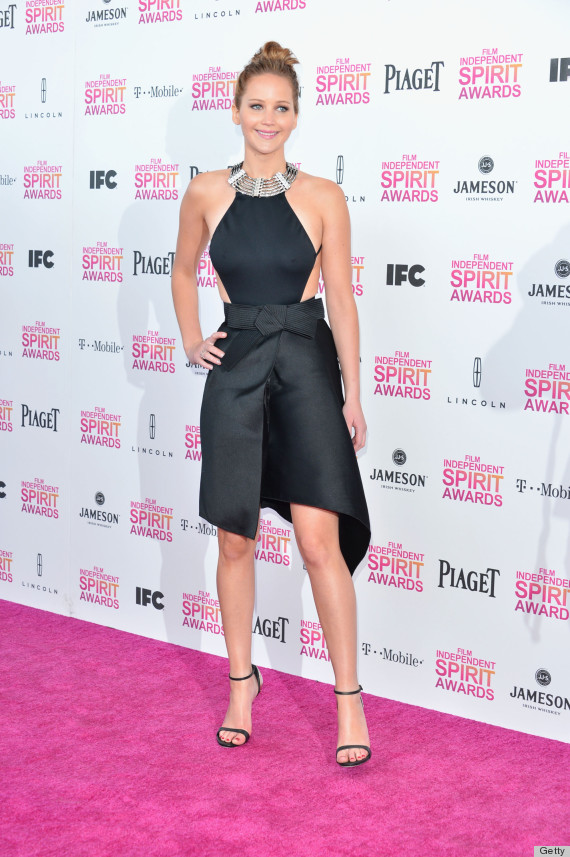 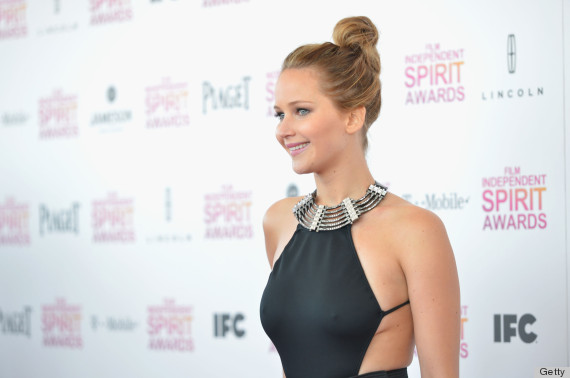