Jennifer Lawrence may have won an Oscar, but not the hearts of Abercrombie and Fitch's ad team.

During a Dec. 31 episode of the BBC's "The Graham Norton Show," featuring the actress and fellow Oscar winner Eddie Redmayne, the host brought out some old modeling photos of a sweater-clad Redmayne -- much to his embarrassment. Lawrence could relate, kind of.

As a younger woman, she explained, she'd scored a modeling gig for risqué teen clothier Abercrombie and Fitch. Yet her photos never saw the dim light of the retailer's mall stores.

"I didn’t know why," Lawrence began. "My agent wrote and asked why. And they literally only responded with the photos."

"Their whole idea was like, 'We want real people,'" she said, explaining how the shoot took place on a beach where the models were asked to toss around a football.

"The other models were, like, playing football in a pretty way. Not me! In all of the photos I’ve got a red face, covered in sweat, my nostrils are flared, like Aagh!" she said, demonstrating.

"At one point, a girl yelled, 'Get her away from me,'" Lawrence added. 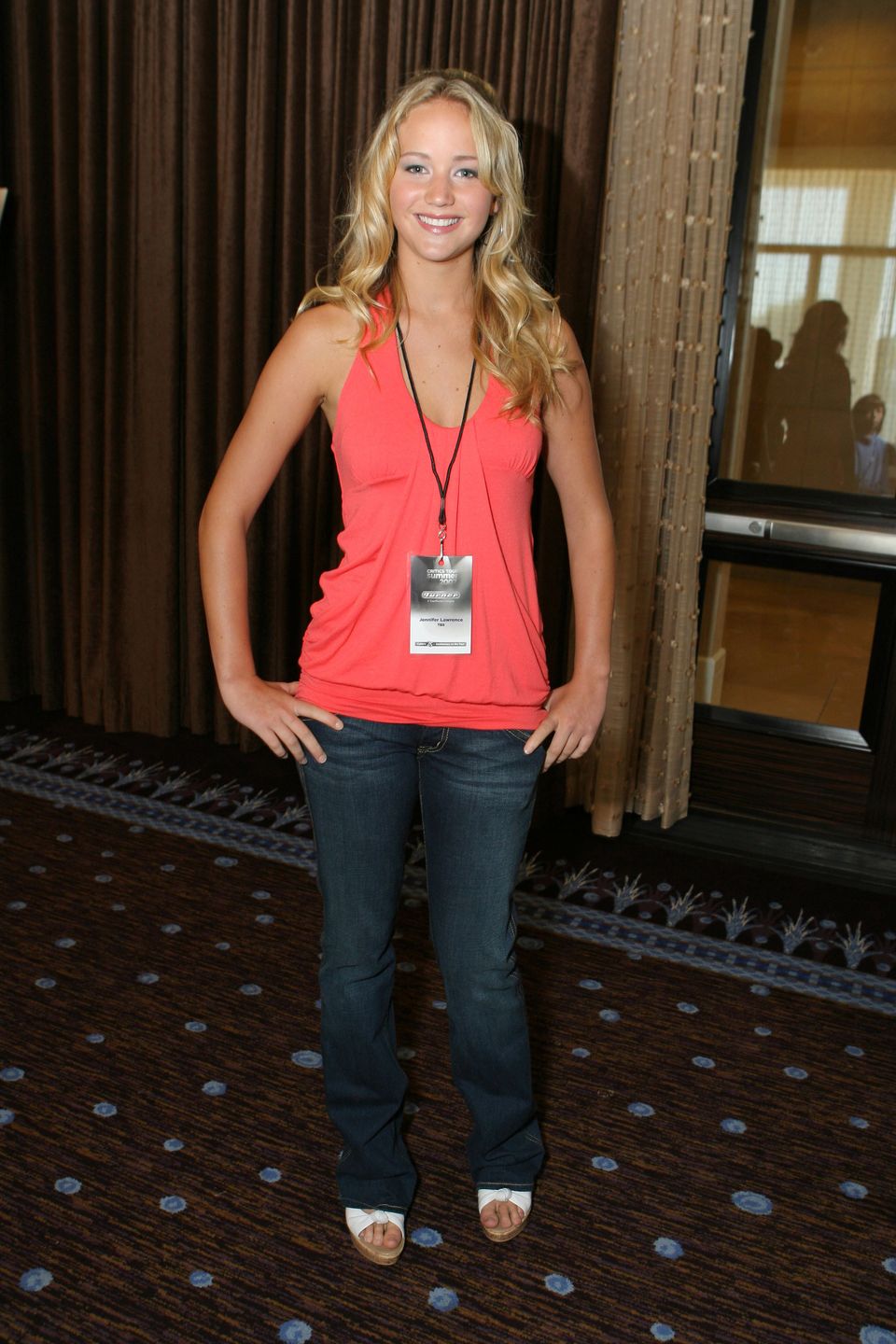