Jennifer Lawrence's Mystique costume sure leaves little to the imagination.

The Oscar-winning actress is on the cover of Empire magazine, posing as her "X-Men: Days of Future Past" character, shapeshifter Mystique. In the cover photo, Lawrence appears nearly naked and completely blue with flaming red hair and glowing yellow eyes.

Although she had to endure seven-hour-long makeup sessions to transform into the "X-Men: First Class" role, this time around, Lawrence said she was given a bodysuit to achieve Mystique's look for "Days of Future Past." The suit, which goes from the neck down, comes complete with scales and shading.

"I'm so excited because I'm going to wear a body suit," Lawrence told E! Online after last year's Oscars. "It will be from neck down so it will cut out time and the blisters." 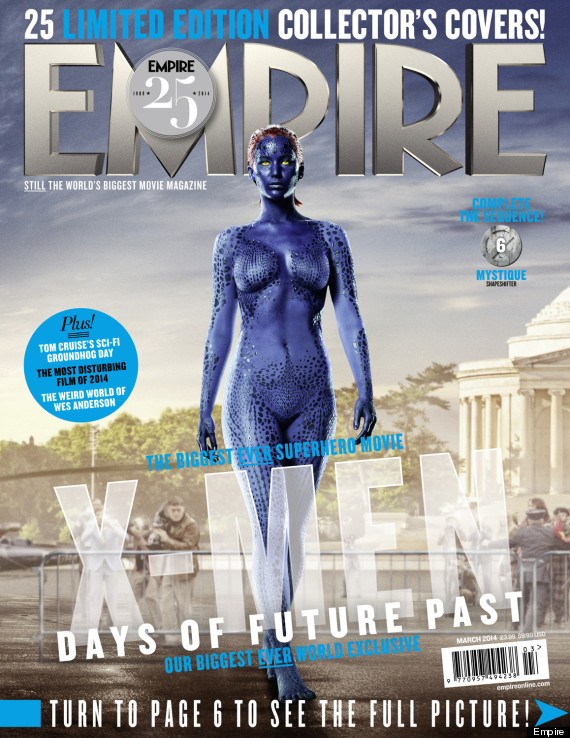