Jennifer Lawrence is breaking her silence on the nude photo hack, saying that the incident was not a "scandal," but a "sex crime."

The 24-year-old actress appears on the November 2014 cover of Vanity Fair. Contributing editor Sam Kashner first met with the Oscar-winner on Aug. 13, but after nude photos were stolen from her iCloud and leaked online on Aug. 31, Kashner reached out again in hopes of giving the actress “a chance to have the last word.”

And she had a lot to say.

She was disgusted by the gross violation:

It is not a scandal. It is a sex crime. It is a sexual violation. It’s disgusting. The law needs to be changed, and we need to change. That’s why these Web sites are responsible. Just the fact that somebody can be sexually exploited and violated, and the first thought that crosses somebody’s mind is to make a profit from it. It’s so beyond me. I just can’t imagine being that detached from humanity. I can’t imagine being that thoughtless and careless and so empty inside.

Following the hack, the hashtag #ImNotLooking began trending, buoyed by supporters who refused to view any of the nude photos because of the violation it posed.

Lawrence took aim at those who did look at the photos, including people she knows personally.

“Anybody who looked at those pictures, you’re perpetuating a sexual offense," she said. "You should cower with shame. Even people who I know and love say, ‘Oh, yeah, I looked at the pictures.’ I don’t want to get mad, but at the same time I’m thinking, I didn’t tell you that you could look at my naked body.”

Lawrence's rep previously called the leak a "flagrant violation of privacy" and said the authorities had been contacted. Last month, the FBI and Apple announced they are investigating the hacking and unlawful release of material.

Head over to Vanity Fair to read more excerpts from Lawrence's interview. Read the full piece in the November 2014 issue, available digitally on Wednesday and on newsstands Thursday. 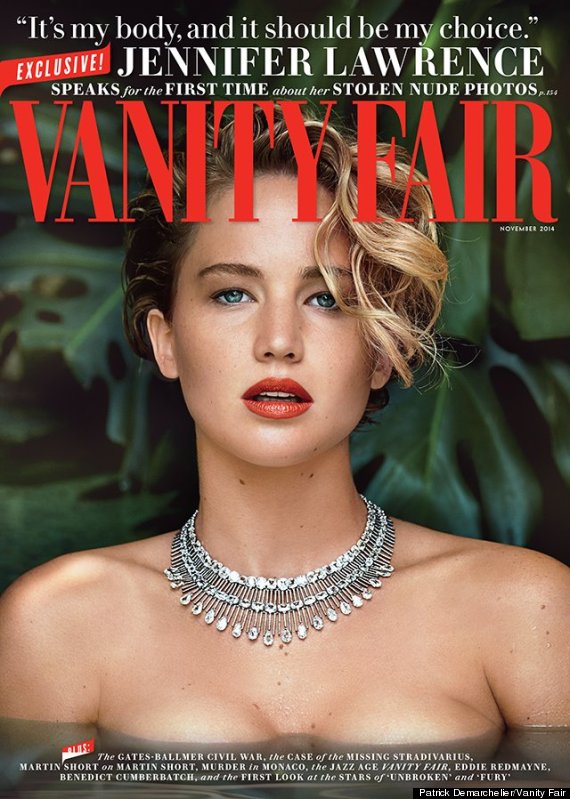