Leave it to the fashion world to find flaws in Jennifer Lawrence's appearance.

A GIF circulating the blogosphere has caused a June 2011 Flare magazine cover of the actress to resurface, bringing the gratuitous Photoshop job to the world's attention. In the resulting cover, it appears as if J.Law has been slimmed down and given protruding collarbones and more prominent, sunken-in cheekbones. Oy vey.

Funny enough, Jennifer might just be one of the most outspoken celebrities when it comes to calling out the pseudo perfectionism of Hollywood starlets as portrayed in the media. Upon seeing her recent ads for Christian Dior, the "American Hustle" star proudly proclaimed, "That doesn't look like me a at all," adding that Photoshop was certainly to blame.

Then, in November, while in conversation with Yahoo! CEO Marissa Meyer, Jennifer explained the issue further. "The world has this idea that if you don't look like an airbrushed perfect model," she said. "You have to see past it. You look how you look, you have to be comfortable. What are you going to do? Be hungry every single day to make other people happy? That's just dumb."

Amen, sister. See the aforementioned GIFs and cover below and tell us: Do you think it's good for us to constantly be seeing images that are the result of such heavy-handed retouching? 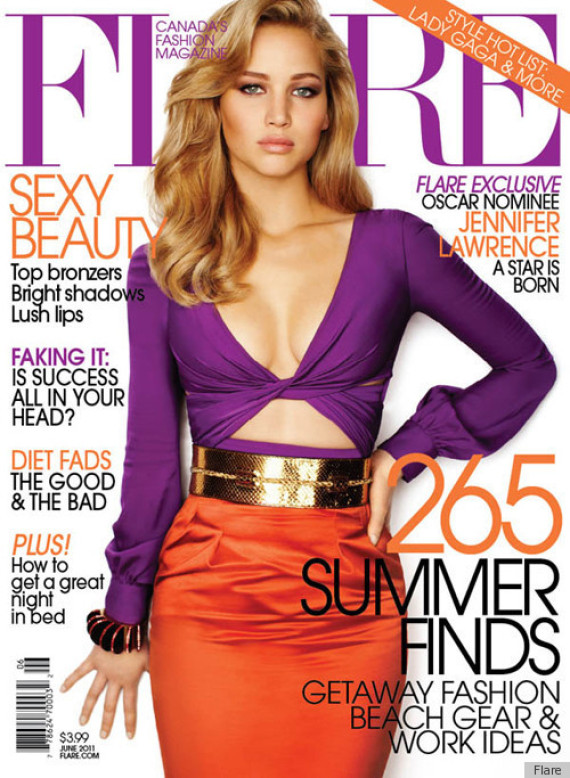