Jennifer Lawrence turned heads when she hit the red carpet at the 2015 Producers Guild Awards in Los Angeles on Saturday. The 24-year-old actress looked absolutely breathtaking in a nude Prada gown complete with a plunging neckline and silver embellishments: 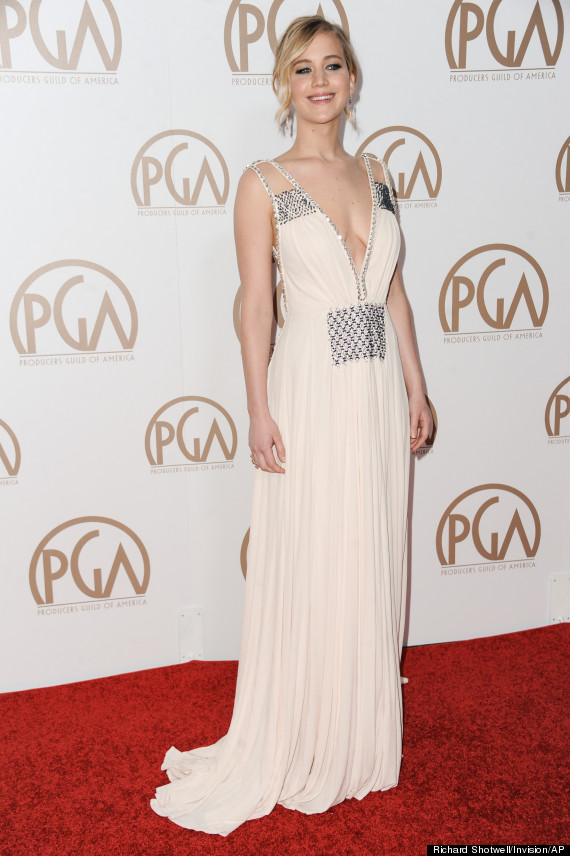 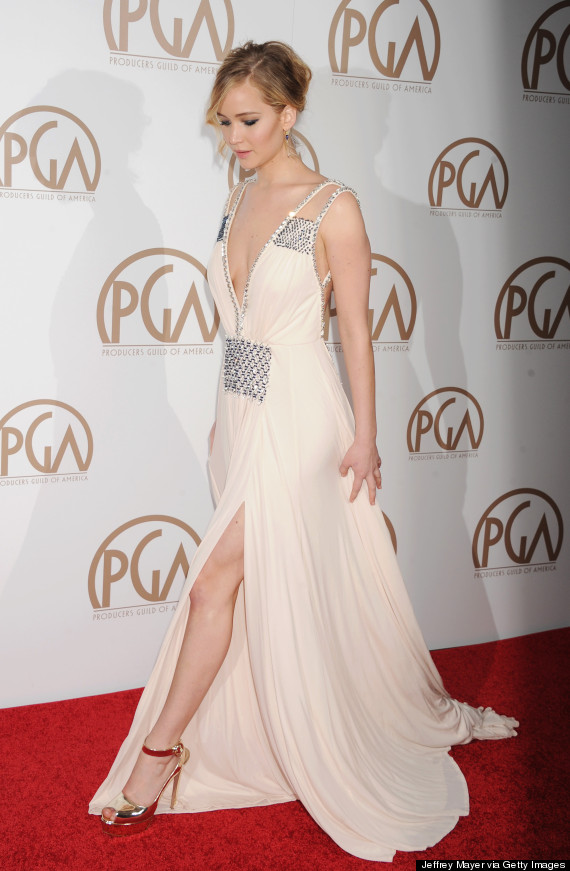 Lawrence was her typically charming self as she presented an award to Jon Feltheimer, CEO of Lionsgate, during the evening.

"I normally say no to this kind of thing on the account of my crippling anxiety and the unbreakable bond between woman and couch," she told the crowd.

"But I when I heard it was for Feltheimer, I had to say yes because I just assumed that I was contractually obligated. But then when I found out that I wasn't, I had already picked out this dress," Lawrence joked.