Jennifer Lawrence thinks you are getting sick of her.

And the fact that she thinks you're getting sick of her is kind of why we still like her. Lawrence is worried that people might think her persona is some sort of master plan staged by her publicist. But it's not. And for now, it's nice to watch someone actually having fun with her success. (Or when you take into account her Oscar and her starring roles in the "The Hunger Games" and the "X-Men" franchises, perhaps "world domination" really is the better term here.)

Speaking of her successful franchises, the second chapter of the "Hunger Games" story, "Catching Fire," is out in theaters next week. Lawrence returns as Katniss Everdeen, who is now burdened with a morose victory tour -- along with co-winner Peeta Mellark (Josh Hutcherson) -- to celebrate her Hunger Games victory from the first film. A victory tour that becomes more and more sinister, eventually leading to another winner-take-all, life-or-death game.

It's kind of remarkable at all that Lawrence has to promote a new "Hunger Games" movie, considering this will be a sure-fire hit no matter how many interviews or appearances she makes. Regardless, reached by phone on this day, Lawrence was in good spirits, even though she's pretty sure that you don't want to read about her any longer.

I have been wondering: How far are you planning on taking your current world domination?
[Laughs] All the way! No, I feel the same way. I feel like I'm becoming way too much and need to calm the hell down and stepping back. I wish that I could film movies without repercussions. Because I love making movies. But then they come out and then you do press and then it's like really overwhelming for the rest of the world. And for myself -- I wish that I could just film them and that would be it.

Oh, c'mon, you know that people like you.
No, not some people. No, everybody is very fickle. They like me now, but I'm going to get really annoying really fast. Just watch.

You know how when a comedian gets popular, then his jokes change? He's now joking about his mansion? I feel that's when people change their opinion.
Oh! Okay, well, I don't have one of those. I just have a condo. So, I'm good!

I do think that you're perceived as cool, so I don't think you have a lot to worry about.
I'm just afraid that everybody's going to just stop believing it at some point. Like, "Yeah, right," and they're just going to think it's this genius act designed by my publicist. These are the paranoid thoughts that I have.

I don't think anyone thinks that. I think people can see through pre-packaged cool.
Thank you. And I'm just saying to you that I think that's going to change. I'm expecting it any minute.

Though, it may have started with the new haircut.
Oh, do people think I did that because I'm rich now?

I don't even know much about it, but it seems to be a story, and when I googled your name to get to your IMDB page, the first autofill is now "haircut."
Oh, God! That's awful. I know. And I'm so mad because I was watching one of those crappy news things that are on and it was showing all of these celebrities that just cut their hair and I'm like, "What are the fucking chances?" What are the chances that the one time I do something that's, "Oh, this is different, okay, cool," everybody's done it. And everybody's doing it all at the same time. Which is actually nice, I guess. It's diluting it a little bit.

I did like that there are adults in the arena.
Yeah, it's like an All-Star Hunger Games.

And I feel that the audience gets to know the other contestants better this time.
Yeah. It's a lot more emotional in the arena. The stakes are a lot higher and out of the arena -- the arena itself is now a weapon.

I do have to ask: How do you maintain a straight face when Stanley Tucci is around?
I don't, really! That's such a good question because he is so funny off-camera. And he doesn't stop until right before "action." And that is probably some of my most proudest acting moments -- when I keep a straight face around Stanley Tucci.

Every scene he's in is the most hilarious thing.
He is so unbelievably perfect. Yeah, overwhelming.

It has a long running time. But the movie ends on a cliffhanger and I wanted more.
Well, I mean, there's so much to tell. And it's all very exciting and action-packed, so the time does fly.

What do you prefer, the big budget movies like this and "X-Men," or the smaller movies like "Silver Linings Playbook"?
I don't know. It's just two different things. You know, "X-Men," I signed on when I was like 20 and it's so exciting. I mean, I actually really do love the "X-Men" thing. And it's interesting, I remember being -- because I had only done indies before I signed on to "X-Men" -- and I remember just being really curious. Like, "What does a huge giant movie look like?" And then I saw it and it was like, "Oh, my God." It's a completely different setup. But then now, fortunately, Mystique is a really amazing character. I love her journey and I love that we're in her past -- we are right at the beginning of who she becomes and I think it's really interesting. And it's also kind of cool playing someone who is not fully human.

You know, "The Hunger Games," I signed on, too, for the same reason I do indies. I remember not wanting to sign on to it because I just thought it was too big and I had always imagined myself just staying with these small indies -- because that is what I love. But I was like, all of the reasons I would sign on to any movie and get paid $100 on a tiny budget are here in this script and the story and the character. So, I'd actually be a hypocrite not to do it because of its size.

Speaking of indies, you just signed on for "Burial Rites" about the last woman on Iceland's death row. My girlfriend is reading the book as we speak.
Oh, really? Isn't it so good? I mean, that story, the manuscript was brought to me by a producer who I adore who I worked with on the first "Hunger Games," Alli Shearmur, and Gary Ross who I also worked with on the first "Hunger Games" -- so these people who I love. And I read the manuscript and I thought it was fantastic so I really do hope that we get to make that.

Do you think your attitude toward everything that's happening comes from growing up in Kentucky, in that area of the country? I like to think that, but I'm from Missouri, which isn't far away, and I am not cool.
You're totally cool and I'm really, really not. So I think you flipped it, it's backwards.

There is no way that's true.
But, yeah, I have a really good family and I still know what normal is. Because growing up in Kentucky, I wasn't surrounded by any of this, so it is very alien to me -- still, which is nice. I don't know what's going to happen when it is normal to me. Probably the same thing. I don't think it will ever be normal, actually. It will just be like my normal, maybe for a minute. 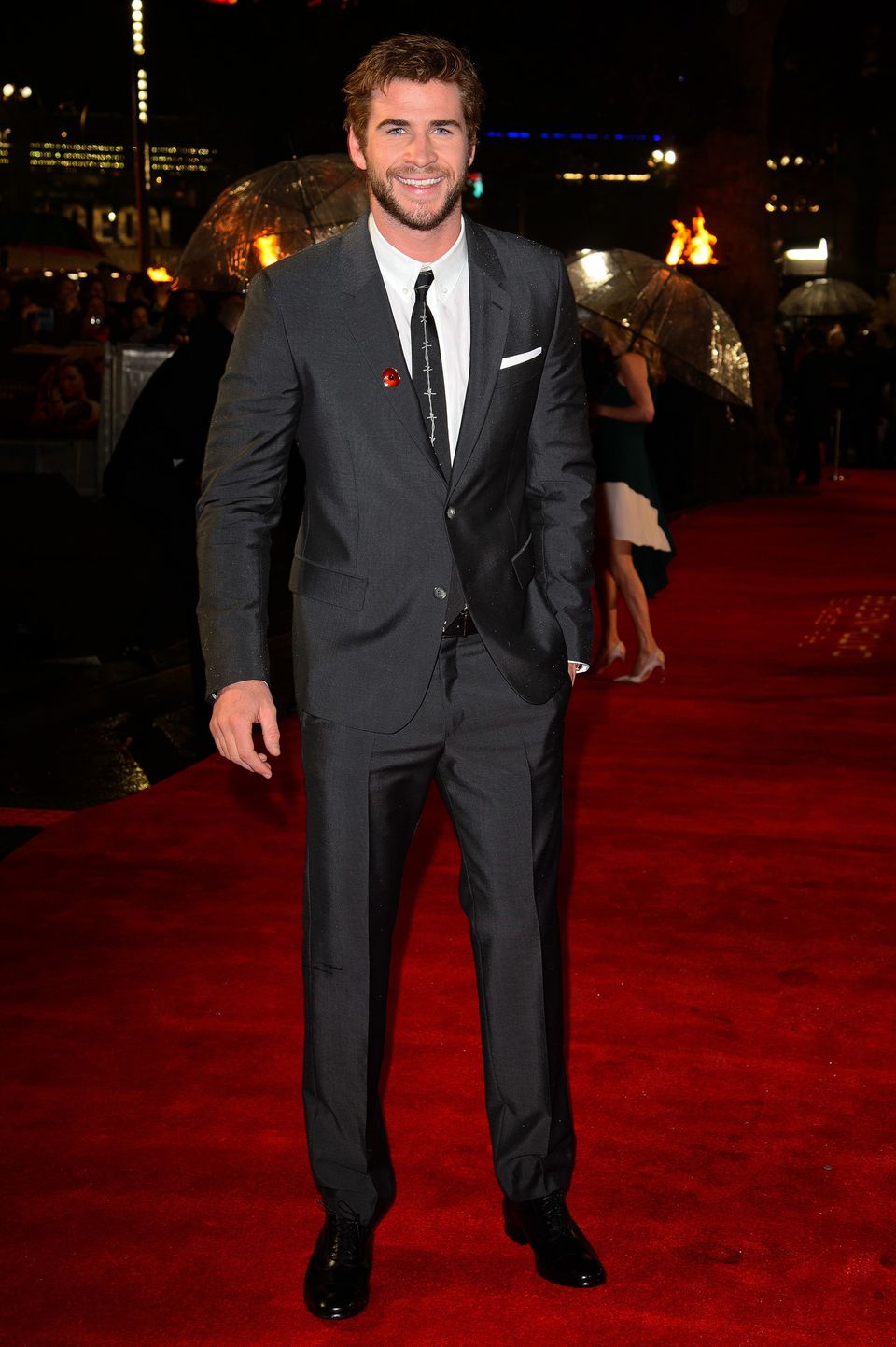