Jennifer Lawrence was already dubbed "the coolest chick in Hollywood" by Rolling Stone, and we have to agree.

In addition to being voted the real sexiest woman alive by HuffPost Celebrity readers, the 22-year-old star continues to pique our interest with every interview, with her candid and often hilarious comments. And her cover story for the December issue of Elle magazine is no exception.

Sadly, the "Hunger Games" star is no stranger to comments about weight, as she reportedly laughed off critics who claimed she's too "womanly" to play the lead role of Katniss Everdeen. Critics be damned, since she has no problem talking about her healthy appetite.

“I eat like a caveman, I’ll be the only actress who doesn’t have anorexia rumors," Lawrence told Elle. “In Hollywood, I’m obese. I’m considered a fat actress, I’m Val Kilmer in that one picture on the beach.”

Lawrence doesn't pay any attentions to critics, and unlike many actresses in the industry, she says she isn't going to sacrifice her health for her career.

“I’m never going to starve myself for a part… I don’t want little girls to be like, ‘Oh, I want to look like Katniss, so I’m going to skip dinner," she explained to the magazine. "That’s something I was really conscious of during training, when you’re trying to get your body to look exactly right. I was trying to get my body to look fit and strong- not thin and underfed.”

It's those types of comments (and the confession that she pees when she gets scared) that have earned Lawrence a reputation for giving a great interview, though the Oscar-nominated actress admits she's worried her lack of a filter will eventually get her in trouble:

“I never know what’s going to come out of my mouth, and it’s horrible. I don’t find it positive in any way. When I get older, I’ll be more mature and poised. And I’ll have control over my mouth. One day, I’m going to grow up … When we leave, I’m going to have a knot in my stomach. I’m going to be like, ‘Oh, did I say something wrong? I’m going to get in trouble!’”

For more with Jennifer Lawrence, pick up a copy of the December issue of Elle, on sale at newsstands now. 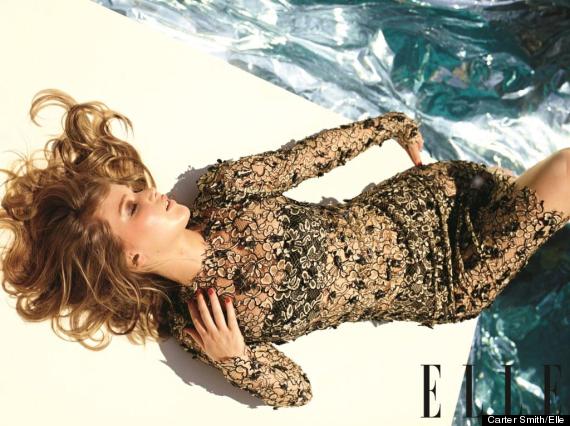 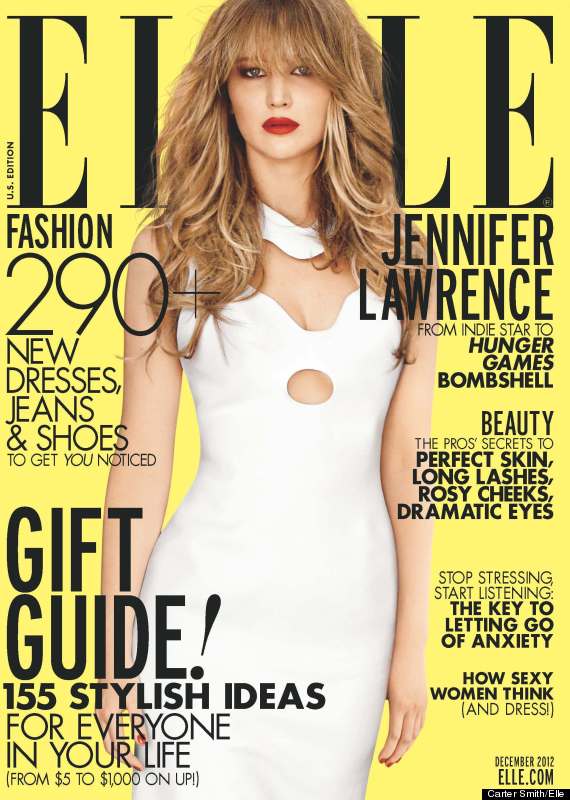