Never mind the girl next door, Jennifer Lopez is the siren next door for Complex magazine's latest issue.

Lopez is the focal point of the voyeuristic-esque shoot for the February/March 2015 issue of the entertainment magazine. In the spread, shot by Steven Gomillion, the star appears in a series of intimate photos taken from concealed places at her Los Angeles home, like behind a plant and through a window.

On Tuesday, the 45-year-old shared some photos from the shoot via Instagram:

Gomillion also shared some photos on his own account:

The mood of the shoot certainly alludes to her new film, "The Boy Next Door," opening in theaters Jan. 23, about a woman named Claire Peterson who falls for her young neighbor.

"The role itself is just every woman. She's a relatable character," she told Complex of playing Claire. "She's at a bad point in her life. Obviously, we've all had moments like that where our relationship is falling apart, you're at the verge of divorce, and your life is changing. And you're feeling vulnerable and unwanted and in need of some validation. I mean, it's always challenging, any role you take on. But it's funny, the [roles] that seem closest to you sometimes are more challenging, because it's not you."

For the full interview with Jennifer Lopez, head over to Complex. 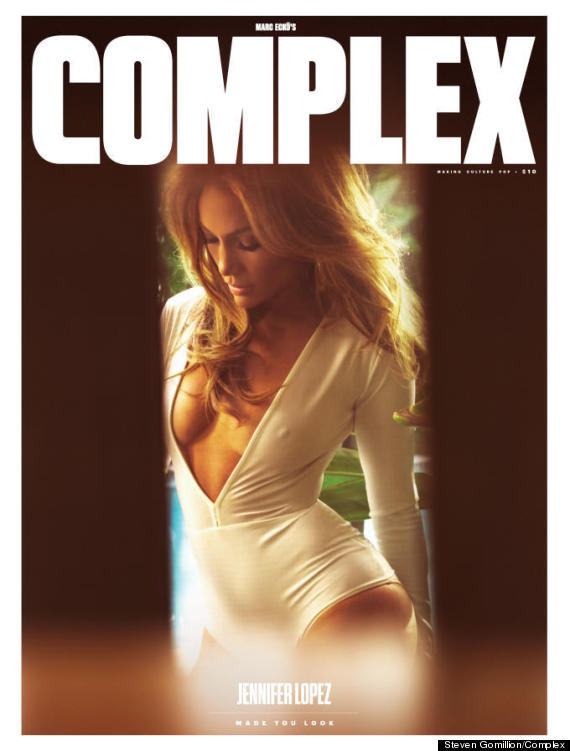