In a recent interview with Radar, a rep for the Culture and Media institute didn't mince words when going after Lopez. "Jennifer Lopez's skanky new video shows how desperate she is to retain her fame despite her fading relevance," Dan Gainor told the site.

The video, which debuted on "American Idol" last week" and has racked up nearly 10 million views on YouTube, is pretty typical pop fare, with Lopez dancing around and running her hands over herself and other dancers. Lopez's choreographer and boyfriend Casper Smart figures prominently in the video.

"Nobody knows what I'm feeling inside. I find it so stupid so why should I hide that I love to make love to you baby," Lopez sings. The chorus of the track is simple enough: "I wanna dance and love and dance again."

Pitbull is also featured on "Dance Again." It's Lopez's second recent collaboration with the Cuban rapper, as the duo also put out "On the Floor".

Gainor said the big issue with the video is the fact that it premiered during a show watched by children. "Even the supposedly family-friendly TV shows like American Idol are never safe in the hands of Hollywood," he said. "Such sexualized videos aren't appropriate for any children to watch, including Lopez's own twins."

Despite the fact that it debuted on such a popular show, the song was neither on the Billboard singles chart nor the iTunes Top 10. 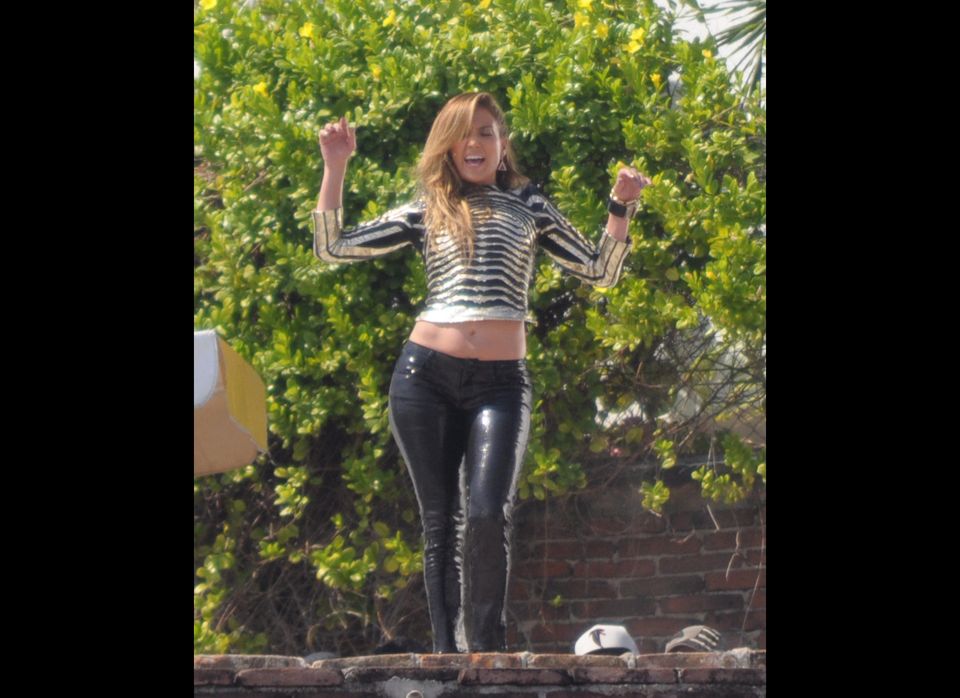