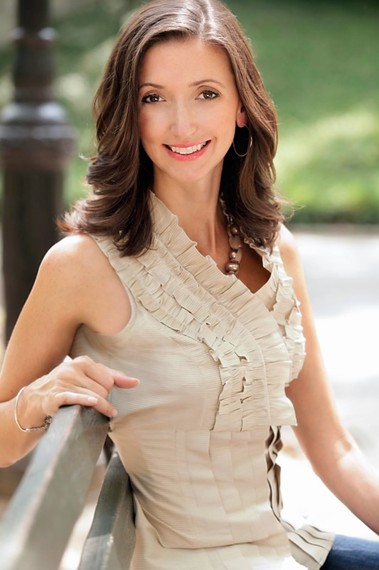 You graduated with your MBA in Columbia, worked with Morgan Stanley, and then ended up with Physique 57. What allowed you take this leap of faith from the safe to the unknown?

There are a few important things I think all entrepreneurs have to do in order to launch a successful business. Number one: Build a solid business plan. The first step I took was to create a business model to verify that the endeavor, executed well, would be profitable. That armed me with confidence and a sense of urgency. I am also someone who is comfortable with assumptions. I can take a step forward with some, but not all, of the information. Your first business plan won't be 100% correct, but get it just right enough to know if your idea will make money. Still, ten years later, we make assumptions knowing that have just enough information to keep moving the needle.
2. Jump in with both feet! I don't believe that people should have two jobs at once if they are really serious about starting a business. To properly launch Physique 57, I took the plunge. You really cannot give it enough attention if you don't laser focus. I started conceptualizing the business in the beginning of August and we launched a few months later in November. That's it.
3. Remove your Plan B. When you don't have a plan B, you will force yourself to work extra hard to keep at it and launch your dream business. Let's say early on you encounter a ton of obstacles, you have to work day and night to attack each one. If you have a good Plan B to fall back on, you just may give up too early to solve the myriad challenges that entrepreneurs need to conquer.
4. Invest in yourself. Spend more money potentially on a nanny, on having food delivered, on Uber so you can get things done, quickly. Those are investments in yourself. Pay up to free up your time, the ROI will by very high. Lastly put yourself in the mind of the client every single day. I consider myself a client who's running a business for other clients. I'm just as much a client as anyone else.

How do you find empowerment in your life?

I like to have butterflies in my stomach. I like to be nervous. I like to be anxious. I think that brings your A-game. You take a risk, you're nervous about it, you do it, and you do it well. Also by surrounding myself with a smart, focused, ambitious team with complementary skills, I can take risks. I know that my team is prepared to handle the fallout, whether it's good or bad. Or I can just germinate an idea and talk about it with my team. I know that they'll talk me out of a bad idea with sound logic or redirect a good idea to make it even better-this is the best-case scenario. It's not that we are using the team to squelch ideas. We're using them to refine ideas, taking out unnecessary risks. It gives you that cushion to know it's a risk, but it's not senseless one.

What's a breakdown to breakthrough moment you've had?

Physique 57 had early success, which was lucky and we're very happy about that! We opened 3 studios within 2 years. The Spring Street studio was twice the size of 57th Street and we were not prepared for the onslaught of clients and commensurate operational issues. What I found was that I did not fully plan out the logistics of running three studios. I underestimated the need for a larger team and underutilized the power of the team. My team was working lots of hours and was juggling too many responsibilities. People were exhausted, overworked, and overwhelmed. So I hired an HR consultant that I still work with. I worked with him to focus and align the management team. I changed my language. I managed my expectations. I haven't had this problem since.

What about a paradigm shift?

Physique 57 and others that launched at the same time led to the boutique fitness revolution, which caused a paradigm shift. I'm in the throes of adjusting the vision of the company to compete in this new environment. It used to be "build it and they will come" and you were celebrated by your newness. Now you have to prove yourself a lot more. The emphasis is now on a new client acquisition, scaling, creating your unique selling proposition, and harnessing a client community. I went from a creator to a competitor.

What legacy would you wish to leave behind?

The method we teach was started in the '60s by a woman named Lotte Berk. It was as popular as a small exercise studio in London could be. A woman in New York found it, licensed it, and brought it to NYC in 1971. Her one studio was on the Upper East Side for 30 years. During that time, she changed so many lives, one of which is mine. I loved it so much that when she decided to close the business I teamed up with her number one teacher and started Physique 57. Lotte Berk has changed my life. I would not be here if it wasn't for that woman. So my goal is for hundreds of thousands of women around the world over the next two decades to feel that Tanya and I have changed their lives by modernizing this amazing, results oriented technique that sculpts bodies and changes lives. I don't need compliments on being a good businessperson, I just need people to be able to say they feel more powerful, happier, stronger, and the best version of themselves because of Physique 57. I think we're on track for that. The goal of expanding internationally is that we can continue to change lives around the world. The DVDs launched in 2009 and this led to our international reach. We've since converted to a best in class online workout offering and the DVD content plus new workouts are all accessible online. The new platform and expanded content has brought us into more living rooms than we ever imagined! I am thrilled that we are growing and now have studios in NYC, LA, Dubai and Bangkok as well as this online business. But I don't think clients care so much that you're growing, clients just want you to be there for THEM. That is how we will be successful and make a lasting impact in our clients' lives.

Few and far between do you come across people with such a clear vision of their potential. Jennifer is the epitome of a leader. Although she is relentless in her approach, she is incredibly tuned in what could be possible when you stay true to mission.