The problem is that a “healthy number” of her enthusiastic new followers may be Islamic extremists.

Williams is a Brookings Institute researcher who spent years studying religious extremism and the Middle East before finally realizing that she’d never actually read the Quran. So she took the plunge and unexpectedly found answers to the questions about morality and belief that she’d had since childhood. She converted to Islam three years ago and is now finding that she constantly has to defend her faith from the extremists who twist it to justify violence. 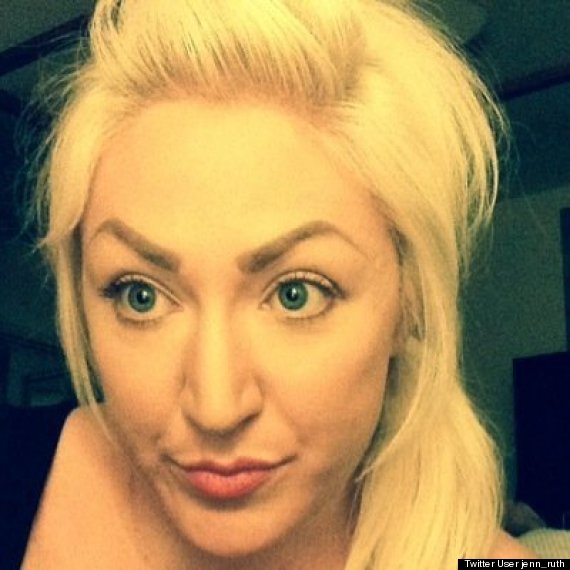 Last Wednesday, she noticed that the hashtag #MuslimApologies was trending. Tired of being asked to apologize for barbaric acts that were taking place miles away and had nothing to do with their faith, Muslims on social media sarcastically began apologizing for other things -- like the Twilight Saga and the fact that Pluto is no longer a planet.

Williams wanted to contribute. So she tweeted out a short summary of her conversion story.

Sorry I read the Quran to learn abt terrorist beliefs but ended up converting to Islam b/c of what it said. #MuslimApologies #sorrynotsorry

She got a few new followers the next morning.

Her message has been retweeted more than 12,000 times as of Friday evening. Williams started with 40 followers last Monday. She now has more than 5,000 and counting.

But they were not the kind of followers she wanted.

“I soon began to notice a disturbing trend: of the thousands of people who were retweeting and following me, many of them had the black flag of ISIS as their Twitter profile photos,” she wrote. “Others had pictures of themselves holding swords, standing in front of the black ISIS flag. Uh-oh.”

Around the same time, she noticed ISIS graffiti at a traffic stop in Washington, D.C. Being a terrorism researcher, she quickly tweeted out a picture.

“Call me naïve, but it didn’t occur to me at the time that this tweet might be construed by the pro-ISIS folks on Twitter who were already excited by my conversion tweet as an endorsement of ISIS,” Williams wrote. “But that’s exactly how it was construed.”

She tried to clear things up:

JUST SO WE'RE CLEAR: The tweet w/the pic of ISIS graffiti WAS NOT MEANT TO EXPRESS MY SUPPORT OF ISIS. Can't believe I even have to say that

One of her fans even tweeted out a blurred photo of her profile picture.

"You know you’re dealing with some serious Islamic hardliners when they blur out your face to protect Islamic modesty," she wrote. "It’s also interesting that they chose to make it blurry rather than to black it out entirely—I suppose they did that so you could still tell that I was a blonde, white American girl. The holy grail of Muslim converts—so to speak."

It didn’t matter that she’s often tweeted out pro-LGBT or tried to get the “#No2ISIS” hashtag trending. Her followers tell her she's now famous in Saudi Arabia.

Williams said she doesn’t appreciate having her conversion story turned into ISIS propaganda. But she may end up just having to ride out the wave.

In the meantime, she has a message for her new fans.

“Try reading the Quran instead of Twitter. It changed my life for the better. It might do the same for you if you take the time to really understand what it says,” Williams wrote.