At 39, Jenny McCarthy is returning to her roots -- posing nude for Playboy.

The actress, mother of one and ardent anti-vaccine lobbyist, first stripped for the pages of Playboy in 1993 -- landing her the title of Playmate of the Month, and later received the 1994 Playmate of the Year award.

In the nearly 20 years since McCarthy first graced the pages of the publication that launched Hugh Hefner's empire, she's posed seven times, and the July/August double issue, on newsstands Friday, marks her sixth cover appearance.

McCarthy has never had any issues taking her clothes off, but she tells People magazine she's "really proud" of the eight-page pictorial shot by photographer Steve Shaw.

"The pictures are really gorgeous and classy. They could be out of W magazine. They're really elegant. It's probably a lot more sophisticated than a lot of the stuff you'd see of people with their clothes on," she explained.

It also helps that the host of NBC's "Love in the Wild," is feeling the sexiest she's ever felt. McCarthy recently started dating Chicago Bears linebacker Brian Urlacher and from what she told Playboy, it sounds as if the relationship is staying strong.

"This point in my life has been the most fun, sexual extravaganza. The orgasms are night-and-day better. I feel 100 billion times more sexual, and that comes out in this pictorial," she told Playboy. 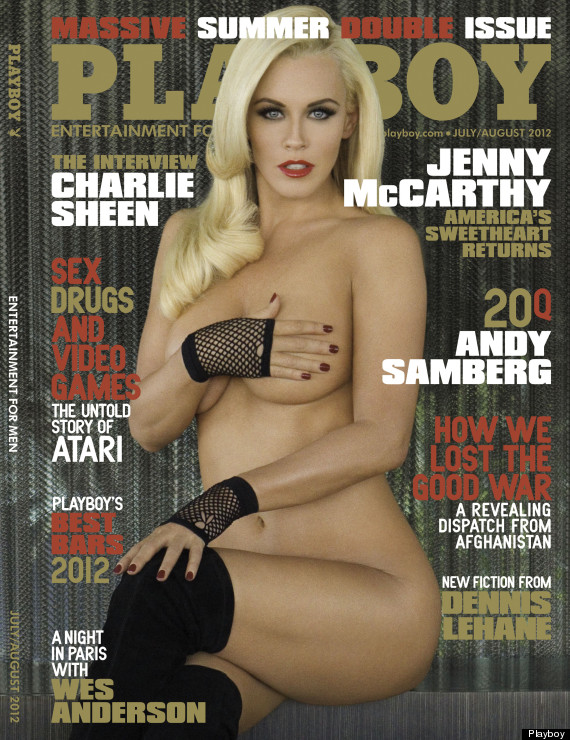 More stars who posed for Playboy: