Years ago they used to say Jeb Bush was "the smart one" in the family. He may be smart (though compared to whom?), but he doesn't seem very politic. One of his answers to our country's economic problems is this: "People need to work longer hours and, through their productivity, gain more income for their families."

Tell that to everyone who has two jobs, or who's working overtime, or who's been laid off and can't find a job. It sure sounds like he's arrogant and dismissive and has no idea what the real world is like for working men and women. But you can't simply blame that on his wealth and privilege -- those don't disbar people from empathy for those less fortunate than they are. FDR had it, so did JFK.

With this new miss-step, Jeb is well on his way to matching Mitt Romney for ineptitude. Remember when he spoke at the Chicago Council for Global Affairs? Asked about NATO's stance in the Baltic region, he said, "I don't know what the effect has been, because, you know, it's really kind of hard to be out on the road, and I'm just a gladiator these days, so I don't follow every little detail." Too busy binge watching Spartacus? 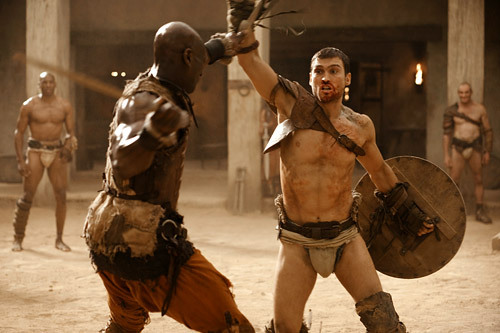 Asked about failed states in the Middle East, he sounded way out of his league: "I don't have a solution. I mean, I -- I -- I've read articles, you know, about whether the 1915 kind of breakout of the Middle East and how that no longer is a viable deal." Well, reading is a start.

Yes, he admitted he was no foreign policy expert, but bizarrely: "Look, the more I get into this stuff, there are some things [where] you just go, you know, 'Holy schnikes.' " 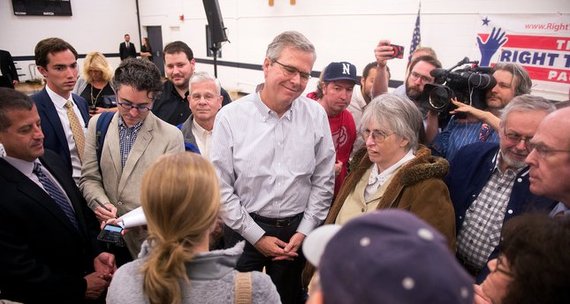 Less comically, In case you missed it, the race-hatred massacre in Charleston left Bush clueless. He wasn't sure if race was actually a factor. Every major news outlet in the country -- well, maybe not Fox? -- reported that a survivor recounted the killer "had said that African-Americans have 'raped our [white] women, and you are taking over the country."

Could it be any clearer that it was a hate crime directed at African-Americans in a historically important Black church? But when asked point blank if the crime was motivated by race, Jeb said, "I don't know." Despite the mountain of evidence that was already there, he didn't know.

When you look at what he knows and what he doesn't know, and how his mind seems to work, the picture's pretty bleak.