Who is Herman Cain?

That was the question Tuesday's Jeopardy contestants failed to deliver when given this clue about the 2012 GOP presidential candidate: 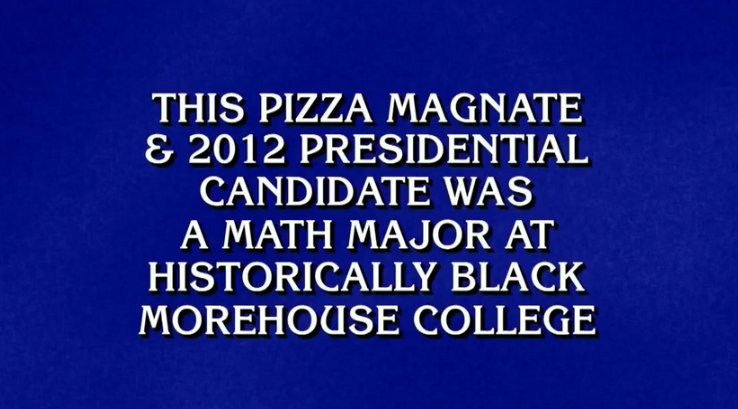 Cain, the former CEO of Godfather's Pizza, was one of the many Republicans who sought the presidential nomination in 2012, eventually dropping out in December 2011 amid allegations of past sexual harassment.

Despite his early exit from the race, Cain's campaign had plenty of memorable moments, including his 9-9-9 tax plan, his ode to pizza set to John Lennon's "Imagine," and of course, the infamously bizarre "Smoking Man" ad.