Whoever writes the categories for "Jeopardy!" seems to have little idea what women actually want.

On Sept. 30, "Jeopardy!" featured a "What Women Want" category alongside "State Capital Nicknames" and "2014 Bestsellers." Since the answers didn't include equal pay, the right to affordable and safe abortion or anything else women actually want, the show left many wondering who signed off on this. 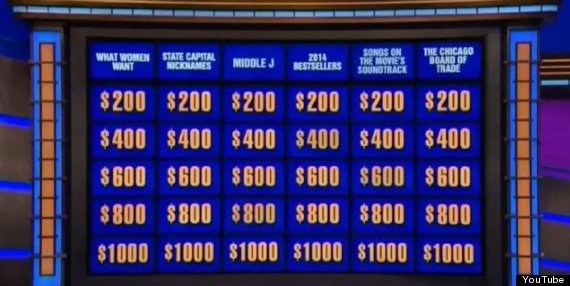 Mashable's Neha Prakash rounded up the clues included in the category. In just five questions "Jeopardy!" perpetuated almost every female stereotype in the book: 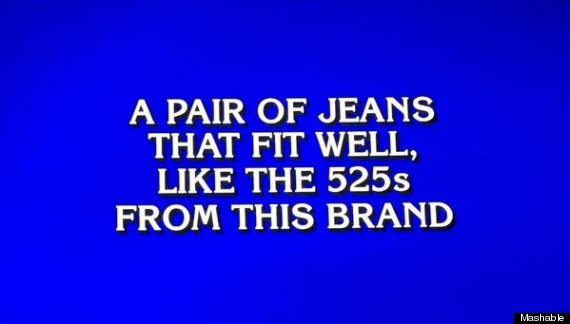 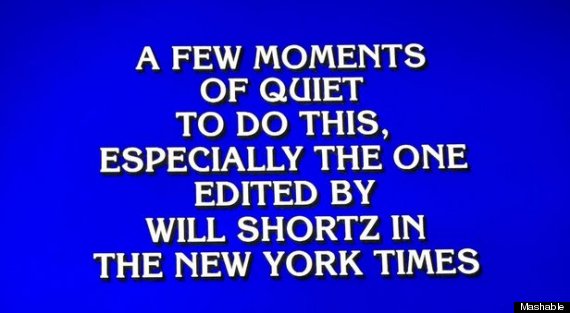 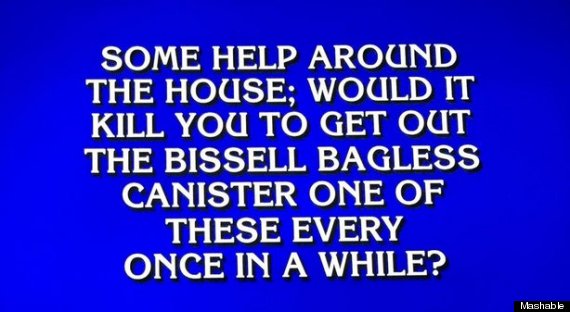 Answer: "What is a vacuum cleaner?" 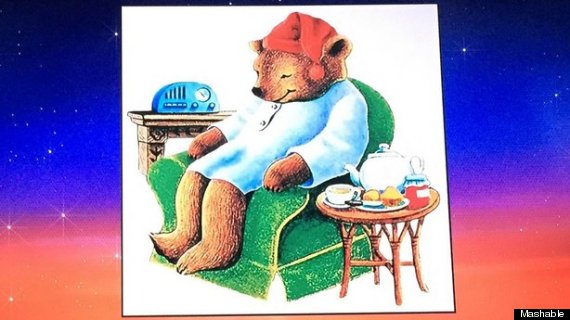 Clue: "Before bed, a cup of this herbal tea from Celestial Seasonings. That's the logo seen here."
Answer: "What is Sleepy Time?" 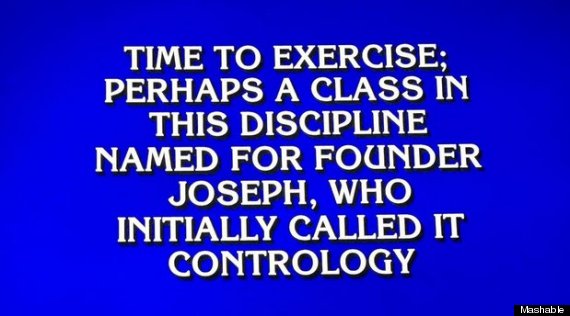 Answer: "What is Pilates?"

At this point, it should be understood that women want a whole lot more than a working vacuum cleaner and jeans that make our butts look good.

Considering that one in five women will be raped in their lifetimes, women are still paid 77 cents to every man's dollar and the fact that there has yet to be a female president in the U.S., ladies have much larger things to worry about than a hot cup of Sleepy Time tea.

As Jezebel's Tracey Moore pointed out, the average age of a "Jeopardy!" viewer is 64 years old. So although a "What Women Want" category might not have seemed so out of place in the 1950s, it's still sexist nonsense.

Many took to Twitter to voice their outrage and clarify what women really want:

.@Jeopardy? For a "smart" show, you just got srsly stupid RT @DJRumspringa: ARE YOU SERIOUS @Jeopardy?? pic.twitter.com/LEZcSw8K5A #SexismIsUgly

#whatwomenwant: what are rights over their own reproductive health? what is the end to rape culture? what is an apology from @Jeopardy?

@Jeopardy for a show that aims at being smart you are incredibly stupid.For starters #whatwomenwant is equal pay and bodily autonomy👊#sexist

#whatwomenwant What is equal pay? What is the right to make my own health decisions? What is treated like a human? @Jeopardy @SophiaBush

To not be scared while walking alone, at night or otherwise. #whatwomenwant Thanks for demeaning us, @Jeopardy -a no longer loyal fan

#whatwomenwant: equal pay, reproductive freedom, not to live in a rape culture... NOT jeans, tea, and a man who vacuums. #jeopardy.

#whatwomenwant - to feel safe walking down the street & not be told they were "asking for it". Wow @Jeopardy just wow #disappointed

While some might brush off a "Jeopardy!" category as not worthy of outrage, Moore noted why the game show's sexism is a real problem:

Stuff like this -- how we reflexively think about gender when no one makes us think even a tiny bit harder -- reveals our biases. It proves that many people don't recognize that there ARE bigger issues for women than how they look, how tight their Pilates game is, or where the tea is, and that it even matters when you reduce them to such trivialities.

Women's true wants and needs are not the stuff of quirky rom-com one-liners. Do better next time, "Jeopardy!"

Watch the clip below: