The "Entourage" actor was spotted in New York City this week walking his coveted awards around in a stroller and baby carrier.

So, what gives? Is he in some sort of denial about his HBO show coming to an end? 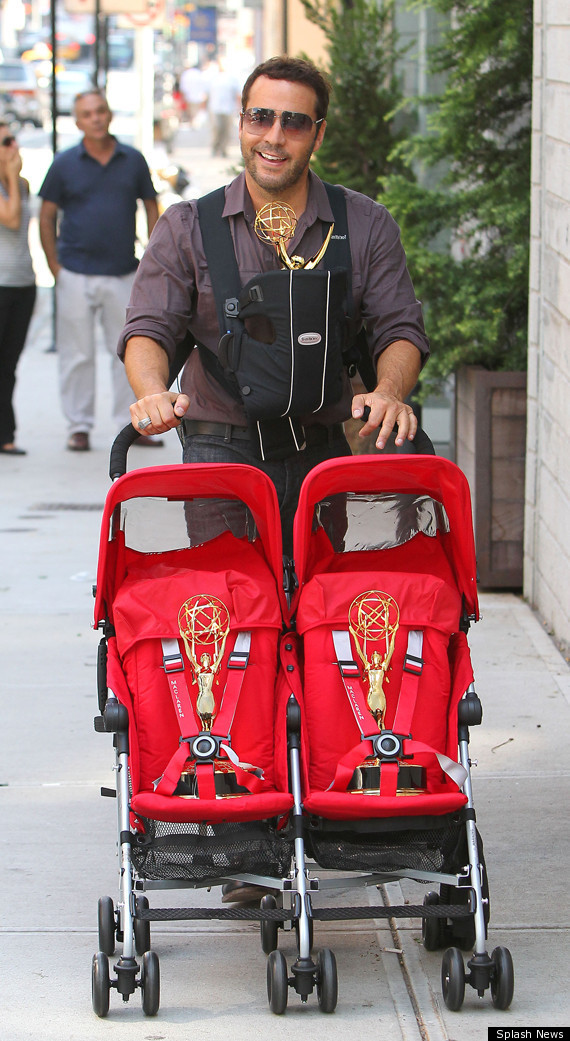