Jeremy Scahill joined HuffPost Live on Wednesday to discuss his expose for the Intercept on the way the U.S. government handles its terrorist watchlist database. During the interview, host Alyona Minkovski asked the journalist about media coverage of the Israel-Gaza conflict, and Scahill had some strong opinions on the matter.

"We could say this every time I come on your show and talk to you: we've hit all-time lows with media coverage in this country," Scahill told Minkovski. "When you look at what's happening right now in Gaza, this is a massive massacre and one epic series of war crime after war crime, child after child being killed."

Scahill went on to say that "Israeli propagandists are largely given carte blanche to say what they want on American television with very little pushback."

Catch the rest of Scahill's views on Israel/Gaza media coverage in the video above, and watch the full HuffPost Live interview below: 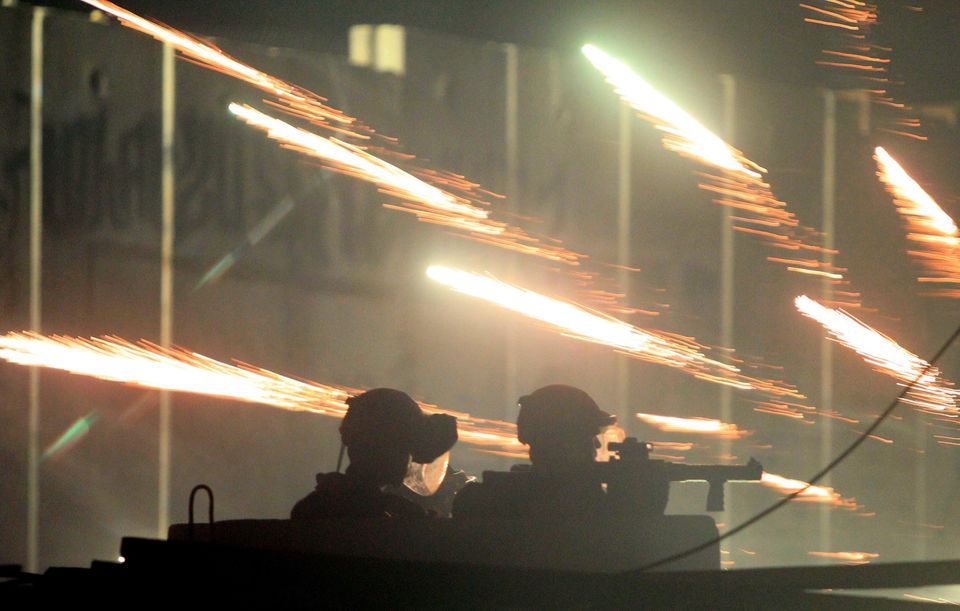 1 / 80
PALESTINIAN-ISRAEL-CONFLICT-QALANDIYA
An Israeli security officer takes position as at least 10,000 Palestinian protesters marching against Israel's military offensive in the Gaza Strip clash with Israeli soldiers and border police at the Israeli Qalandiya checkpoint, between Jerusalem and Ramallah, on 25 July 2014. Israeli security forces shot dead a Palestinian man and wounded 150 other people during the massive protest in the West Bank in support of fellow Palestinians in the Gaza Strip. The confrontation, and several smaller skirmishes throughout Israeli-annexed east Jerusalem, came on Laylat al-Qadr, or Night of Destiny, when Muslims pray through the night as the holy month of Ramadan nears its end. AFP PHOTO/ABBAS MOMANI (Photo credit should read ABBAS MOMANI/AFP/Getty Images)
ABBAS MOMANI via Getty Images