As a major fan of the 1973 film The Exorcist, Jeremy Slater says the last thing he'd want to watch is a lame remake.

He's optimistic the new Exorcist he has created and written for Fox is neither. 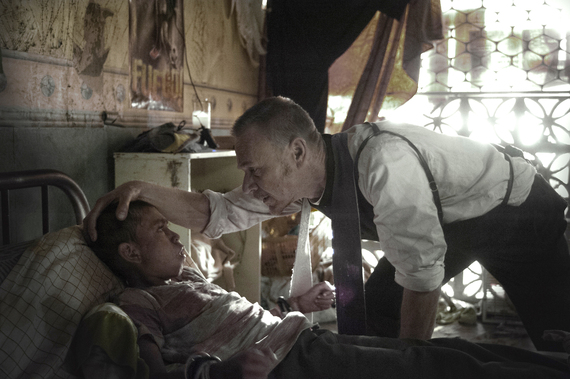 "I didn't approach it as a reboot," says Slater of the new show, which stars Geena Davis and premieres Sept. 23. "How could you remake the original? The original is perfect.

"If you asked most fans, they'd say remaking it is a terrible idea, no one should do it. This is a sacred classic. And when it first came up, I felt the same way."

Then he started looking at it differently.

"We can't retell the same story," says Slater. "What we can do is take the legacy of something that happened 40 years ago and show what the story would look like now for contemporary characters living in the same universe.

"This doesn't wipe out the original story. It makes this a continuation of an existing story. We want the old fans and hopefully new fans to fall in love with this story on its own." 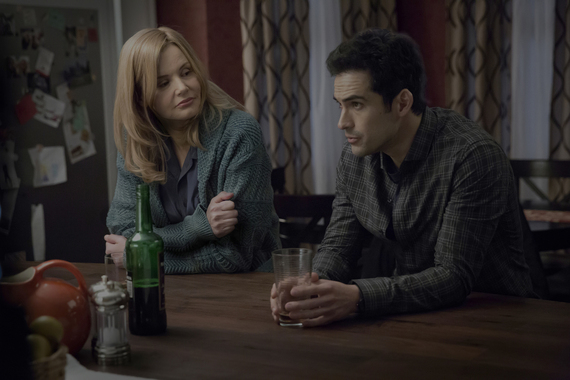 The new version has two primary priests, Father Tomas (Alfonso Herrera) (above) and Father Marcus (Ben Daniels). Father Tomas is approached by Angela Rance (Davis), who says she fears evil forces are trying to take possession of her daughter.

Angela says she knows it sounds crazy - and her reluctance, says Slater, is important because it makes the story more universal and more frightening.

"We wanted to ground the story in the real world," says Slater. "This is a normal American family. This isn't some people who bought the Amity house and were too stupid to move."

Slater says that by the last survey he saw, more than half of all Americans believe in demon spirits.

"That doesn't necessarily mean the kind that spin your head around," he says. "It's more like, if there is a God and there are angels, there must be their counterparts on the other side."

So unlike zombies, for instance, demonic spirits are something many people wouldn't see as purely an invention of filmmakers.

That helps with the core mission of The Exorcist, which Slater says is to be just plain scary.

"I saw the movie for the first time when I was 13," he said. "I was a big horror movie fan and I had heard of it, but hadn't seen it. My parents were very religious and while they were okay with me watching George Romero, they had decided The Exorcist had no place. So I had to watch it in the basement on a bootleg VHS tape on a night when they weren't home.

"It was the scariest thing I'd ever seen. I couldn't sleep for three nights."

Beyond the insomnia, he says, The Exorcist also reinforced another lesson he says he has carried forward into the new production.

"It's about the type of scares you're after," he says. "A lot of horror films go for 'jump scares,' the kind where you get the audience up out of their seats.

"As someone who has written horror films, I can tell you it's a great feeling to see a whole theater-ful of people do that.

"But it's an even better feeling when they tell you, 'I saw your movie and I couldn't sleep.' When you can plant something that resonates in someone's mind and keeps disturbing them, that's the best.

"This isn't a show that makes you think you're going to wind up in some twisted castle. If we do it right, it could make you wonder what you'd do in a situation where you were afraid you couldn't protect your family. It could make you wonder about that noise you hear in the basement. Ninety percent chance it's a rat. But at 3 o'clock in the morning, anything is plausible." 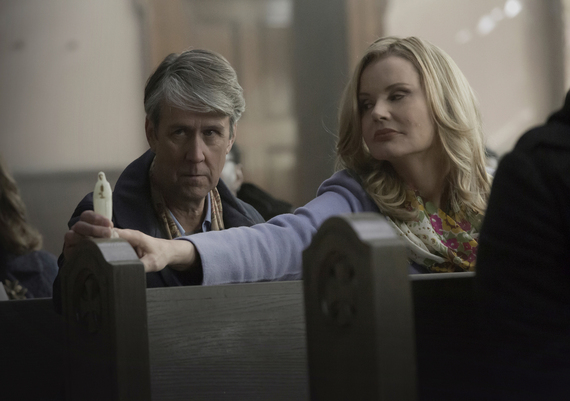 At a certain point, of course, the writer also has to let the viewer know where this terror is going. That's trickier in a 10-part TV series that in a two-hour movie, and Slater says yes, there will be answers at the end of the season.

"Fans will get resolution at the end of these 10 episodes," he says. "If we're fortunate enough to get picked up for future seasons, there will be different central stories.

"The evil forces here have more in mind than just targeting one 8-year-old girl."

His own mission, he says, is to make a show that's entertaining, compelling and reassuring to all those Exorcist fans who didn't want it to exist.

"We have a responsibility to give the fans what they want," says Slater. "So we will include homages to the original. At the same time, we can't be just a parade of homages and references. I wouldn't write that show or watch it. We'll be a show of our own."