California Gov. Jerry Brown (D) said the intense wildfires blazing across the state are part of a "new normal" spurred by rising temperatures and drought.

The governor met Thursday with firefighters who are battling Northern California's Rocky Fire, which has burned nearly 70,000 acres in Lake, Colusa and Yolo Counties, destroyed dozens of structures and forced thousands to evacuate. That fire is now 45 percent contained. Speaking at a press conference, Brown said the fire should serve as a "wake-up call" for the entire state.

"The fires are changing. The drought over the last several years has made everything drier," Brown said. "People can argue about how much of that is climate change, but we know the annual temps are going up over the last 50 years."

"I think this is really a real wake-up call because of the way this fire performed," Brown continued. "It's a new normal. We're going to get ready. We have resources, we'll need more, but you can be sure that the California firefighting personnel and all their different departments are ready and we're going to do everything we possibly can."

Brown's remarks come less than a week after he declared a state of emergency in order to free up more resources to battle the wildfires.

"California's severe drought and extreme weather have turned much of the state into a tinderbox," Brown said in a statement last Friday. "Our courageous firefighters are on the front lines and we'll do everything we can to help them."

As of this week, more than 10,000 firefighters are battling 24 major fires across California. While wildfires are common during the state's typically dry, hot summers, the historic drought plaguing the West coast has exacerbated the fires and made it more difficult for emergency workers to contain them. According to state data, there have been nearly 1,500 more fires this year than the average number during the same period over the last five years. 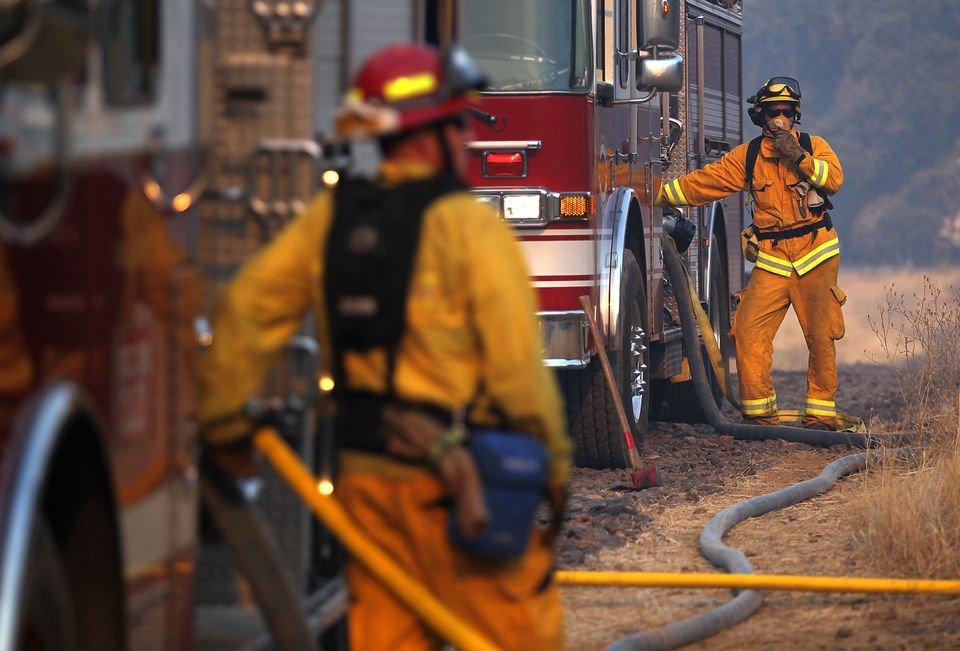 1 / 15
LOWER LAKE, CA - JULY 31: Firefighters supply water to douse spot fires while battling the Rocky Fire on July 31, 2015 in Lower Lake, California. Over 900 firefighters are battling the Rocky Fire that erupted to over 15,000 acres since it started on Wednesday afternoon. The fire is currently five percent contained and has destroyed 3 homes. (Photo by Justin Sullivan/Getty Images)
Justin Sullivan via Getty Images