Jerry Hall and her daughter Georgia May Jagger have paired up for H&M's new advertising campaign, the Daily Mail reports.

In the ads, Georgia, 19, whose dad is Rolling Stones legend Mick Jagger, wears a cozy black Fair Isle sweater as she hugs her mom, 55, who also looks stunning in a black and white H&M blouse.

Hall has worked as a model for decades, and Georgia, who's building a steady modelling career of her own, previously stated that her mother is her style icon, saying, "she's got lots of crazy ball gown dresses with bustles."

The H&M ads also feature Karen Elson, who's done several campaigns for the fashion chain in the past. Elson has a 4-year-old daughter, Scarlett, with ex-husband Jack White, but since Scarlett might be a wee bit too young to start modeling, Elson poses with a model.

Gorgeous women wearing clothing we can actually afford? We'll rock and roll all night to that. Scope out the ads below. 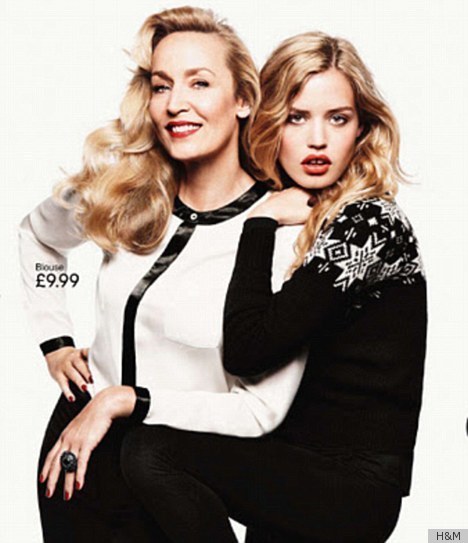 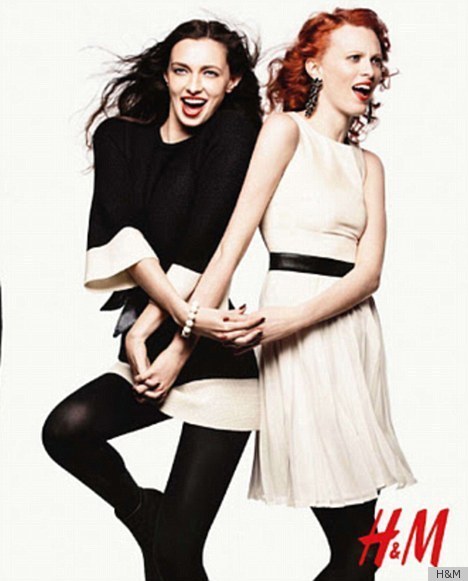