Two Palestinian cousins armed with meat cleavers and a gun stormed a Jerusalem synagogue during morning prayers Tuesday, killing four people in the city's bloodiest attack in years. Police killed the attackers in a shootout.

The attack ratcheted up fears of sustained violence in a city already on edge amid soaring tensions over its most contested holy site.

Prime Minister Benjamin Netanyahu vowed to "respond harshly," describing the attack as a "cruel murder of Jews who came to pray and were killed by despicable murderers." He immediately ordered the demolition of the attackers' homes, as well as homes of Palestinians who carried out several other recent attacks.

Police said the dead worshippers were three Americans and a Briton, and that all held dual Israeli citizenship. The attack occurred in Har Nof, an ultra-Orthodox neighborhood that has a large population of English-speaking immigrants. 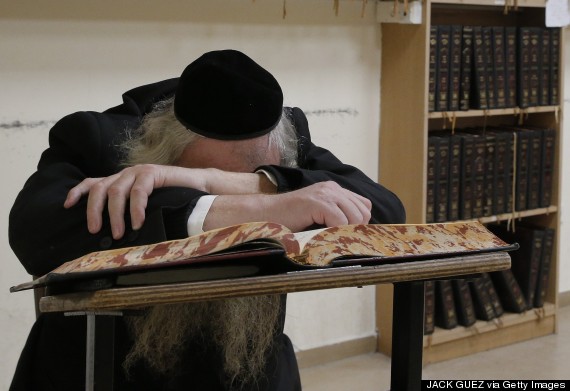 An Ultra-Orthodox Jewish man puts his head in his hands inside a synagogue that was attacked in the Har Nof neighbourhood of Jerusalem on Nov. 18, 2014. (JACK GUEZ/AFP/Getty Images)

Twersky, the grandson of a renowned rabbi from Boston, Joseph Soloveichik, was the head of Yeshivas Toras Moshe, a religious seminary for English-speaking students.

The FBI will launch an investigation into the attack because three of the victims are U.S. citizens, a U.S. law enforcement official told CNN. 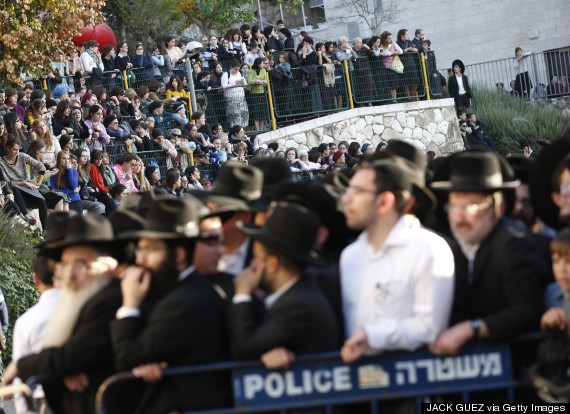 Thousands of people attended a joint funeral for Kupinsky, Levine and Goldberg before sundown— held outside the synagogue where the attack occurred. Earlier, blood was streaked across the floors, soaked prayer books and shawls there.

One Canadian was wounded in the attack, said Francois Lasalle, a spokesman for Canada's Foreign Affairs Department. He declined to provide further details.

U.S. Secretary of State John Kerry said he spoke to Netanyahu after the assault and denounced it as an "act of pure terror and senseless brutality and violence."

Palestinian President Mahmoud Abbas condemned the attack, the first time he has done so since a recent spike in deadly violence against Israelis. He also called for an end to Israeli "provocations" surrounding a sacred shrine holy to both Jews and Muslims. 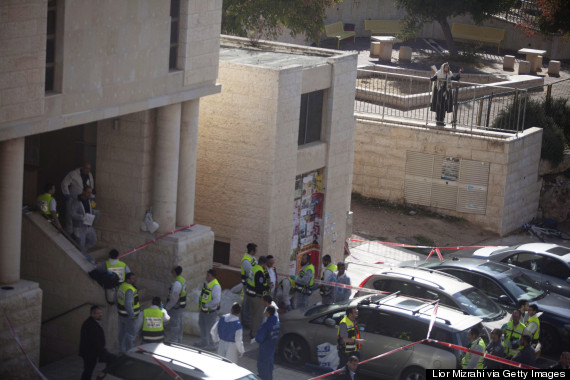 An Ultra Orthodox Jewish man prays next to the synagogue that was attacked in Jerusalem, Nov. 18, 2014. (Lior Mizrahi/Getty Images)

The attack was the deadliest in Jerusalem since a Palestinian assailant killed eight students at a Jewish seminar in March 2008.

Police spokeswoman Luba Samri identified the assailants as Ghassan and Oday Abu Jamal from the Jabal Mukaber neighborhood in east Jerusalem, the section of the city captured by Israel in 1967 and claimed by the Palestinians as their capital.

The Popular Front for the Liberation of Palestine, a small militant group, said the cousins were among its members, though it did not say whether it had instructed them to carry out the attack.

Hamas, the militant Palestinian group that runs the Gaza Strip, praised the attack. In Gaza, dozens took to the streets to celebrate, with some offering trays full of candy. 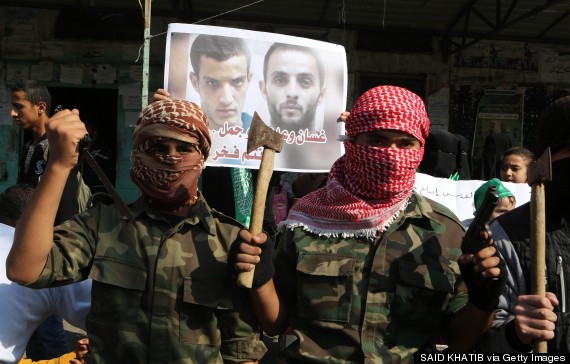 Masked Palestinians standing in front of a poster of Ghassan and Uday Abu Jamal celebrate their attack on a Jerusalem synagogue during a rally in Rafah in the southern Gaza Strip, Nov. 18, 2014. (SAID KHATIB/AFP/Getty Images)

Yosef Posternak, who was at the synagogue during the attack, told Israel Radio that about 25 worshippers were inside at the time.

"I saw people lying on the floor, blood everywhere. People were trying to fight with (the attackers) but they didn't have much of a chance," Posternak said.

Clashes later broke out outside the assailants' home, where dozens of police officers had converged. Residents hurled stones at police, who responded using riot dispersal weapons.

Neighborhood residents, speaking on condition of anonymity for fears for their own safety, said 14 members of the Abu Jamal family were arrested.

Mohammed Zahaikeh, a social activist in Jabal Mukaber, said a relative of the cousins had been released in a 2011 prisoner swap and re-arrested recently by Israeli police. He did not say why.

Israel has been on edge with a spate of attacks by Palestinians against Israelis, killing at least six people in Jerusalem, the West Bank and Tel Aviv in recent weeks before Tuesday's casualties.

The violence has created a special security challenge for Israel, since most of the attackers come from east Jerusalem. More than 200,000 Arab residents there hold residency rights that, in contrast to Palestinians in the neighboring West Bank, allow them to move freely throughout Israel.

"These are individuals who decide to do horrible acts. It's very hard to know ahead of time about every such incident," Yohanan Danino said. 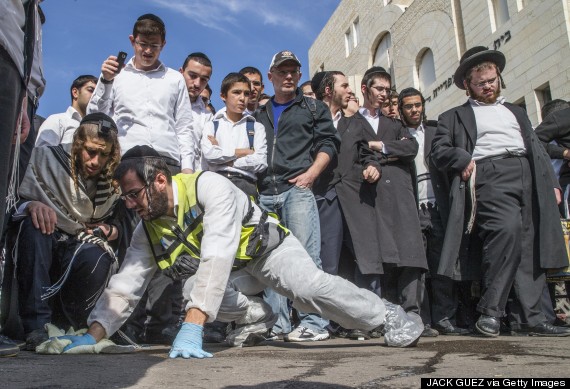 On Monday, several dozen Palestinians clashed with Israeli police in east Jerusalem after rumors surfaced that a Palestinian man had been hanged by Jewish assailants. Police denied the rumors, saying forensic experts determined the death was a suicide. 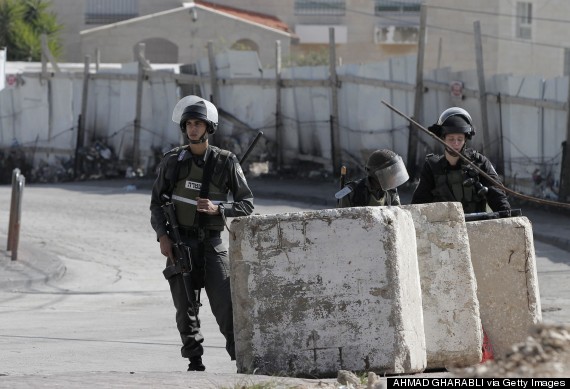 Late Tuesday, police said they were investigating a Palestinians' claim that he was stabbed in the leg by three Jewish assailants in downtown Jerusalem. The youth was taken to a hospital.

Much of the recent violence stems from tensions surrounding the Jerusalem holy site referred to by Jews as the Temple Mount because of the Jewish temples that stood there in biblical times. It is the most sacred place in Judaism; Muslims refer to it as the Noble Sanctuary, and it is their third holiest site, after Mecca and Medina in Saudi Arabia.

The site is so holy that Jews have traditionally refrained from going there, instead praying at the adjacent Western Wall. Israel's chief rabbis have urged people not to ascend to the area, but in recent years, a small but growing number of Jews, including ultranationalist lawmakers, have begun regularly visiting the site, a move seen as a provocation. 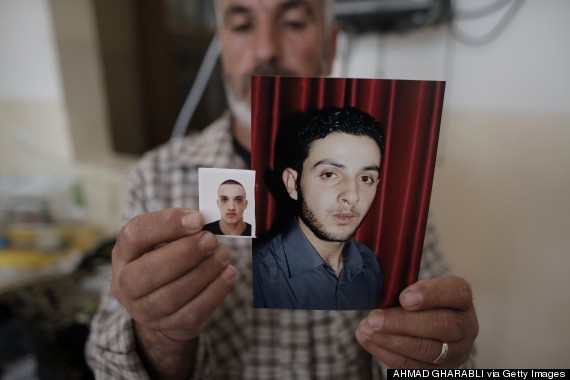 A relative of Palestinian cousins Uday (L) and Ghassan Abu Jamal (R) shows their portraits at the family's residence in the east Jerusalem neighborhood of Jabal Mukaber on Nov. 18, 2014. (AHMAD GHARABLI/AFP/Getty Images) 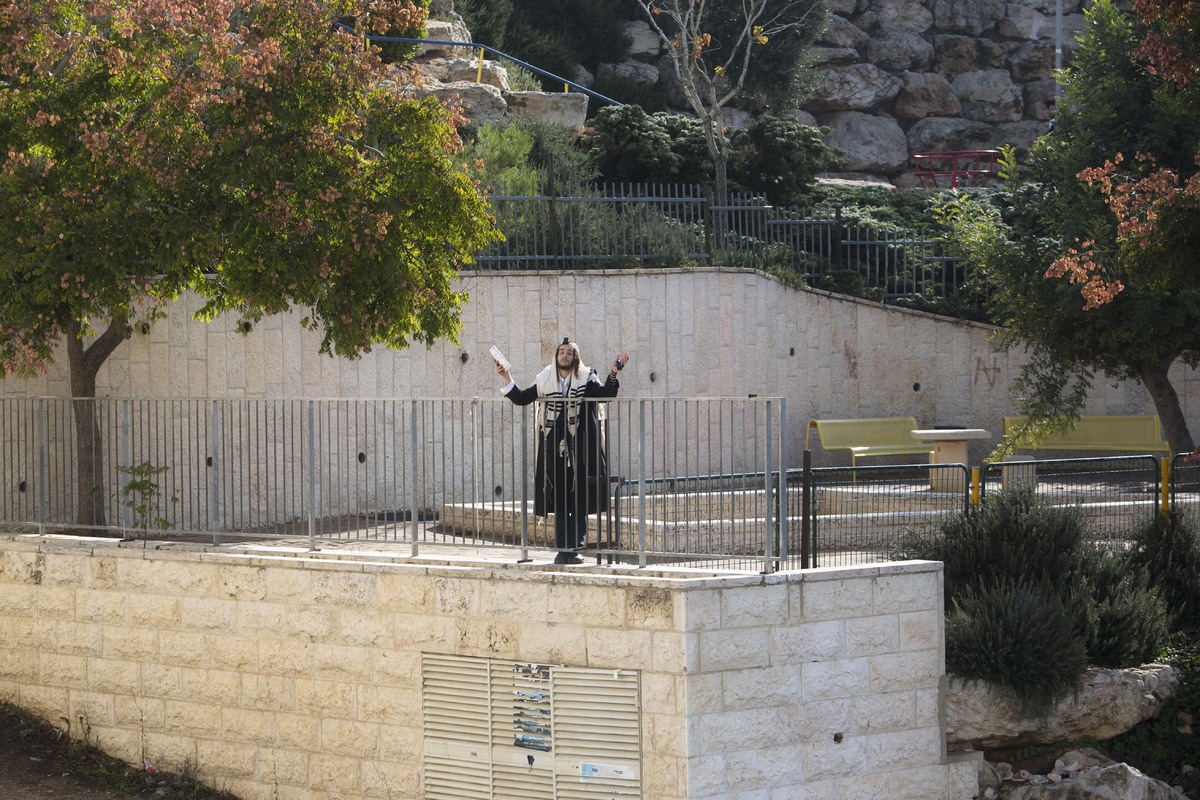