Have researchers uncovered the bathtub of one of Jesus' persecutors?

The finding is just among one of the discoveries uncovered by a team working at a site in the Mount Zion area of Jerusalem. Believed to have belonged to a wealthy Jewish aristocrat or even a priest, the mansion has been dated to the time of Jesus, about 2,000 years ago.

While the excavation is ongoing, so far, researchers from the University of North Carolina at Charlotte have unearthed rare finds, including a stone cup covered in encoded script, a cistern and even an elaborate bathtub. The site may provide valuable insight into the lives of elite families during Jesus' day, according to a statement from the school.

"The site is fabulous," site co-director James Tabor told The Huffington Post. "It was in a residential area, we can tell that. It's overlooking the rest of the city and the people living in this mansion would be able to overlook the Jewish temple. This is prime property. It's also near Herod's palace."

Tabor, chair of the department of religious studies at UNC Charlotte and an expert on Christian origins and ancient Judaism, said the location of the residence and its wealthy appearance suggest its inhabitants may have belonged to an elite group of Jewish religious leaders who were among those calling for Jesus' death.

"From what we get in the Gospel, the Sadducees, or the aristocratic priestly class, they were in league with Romans," Tabor told HuffPost. "They wanted stability and they want to be able to run things. So we're just guessing that, in this area of town, if this is a priestly home, this would have been the class of society that instigated the arrest and crucifixion of Jesus."

The team has been working at the site since 2005, but experts are only just now uncovering what is sure to be a treasure trove of artifacts from inside the mansion. The room with the bathtub also has a ritual bath and a cistern, another indicator that the house belonged to a wealthy family.

"The bathroom is very important because hitherto, except for Jerusalem, it is usually found within palace complexes, associated with the rulers of the country," Shimon Gibson, the British-born archaeologist who co-directed the excavation with Tabor, said in the UNC statement. "We have examples of bathrooms of this kind mainly in palatial buildings."

Tabor told HuffPost that it's possible that in the chaotic period before the Romans sacked Jerusalem in A.D. 70, the cistern may also have sheltered terrified residents who used it as a hiding place, leaving behind evidence including pottery and kitchen implements.

"We still need to look at this material very carefully and be absolutely certain of our conclusions, but it might be that these are the remnants of a kitchen in use by Jews hiding from the Romans," Gibson said in the statement. "It was a common practice, but this conclusion is theoretical. It makes for a very good story and it does look that way, but we've got to be certain."

Either way, Tabor told HuffPost the team will be returning to the site next summer to continue working.

"2014 is going to be very exciting," Tabor said."We think it might be one of the best preserved houses in all Jerusalem from homes of that era, and if so it will become very important." 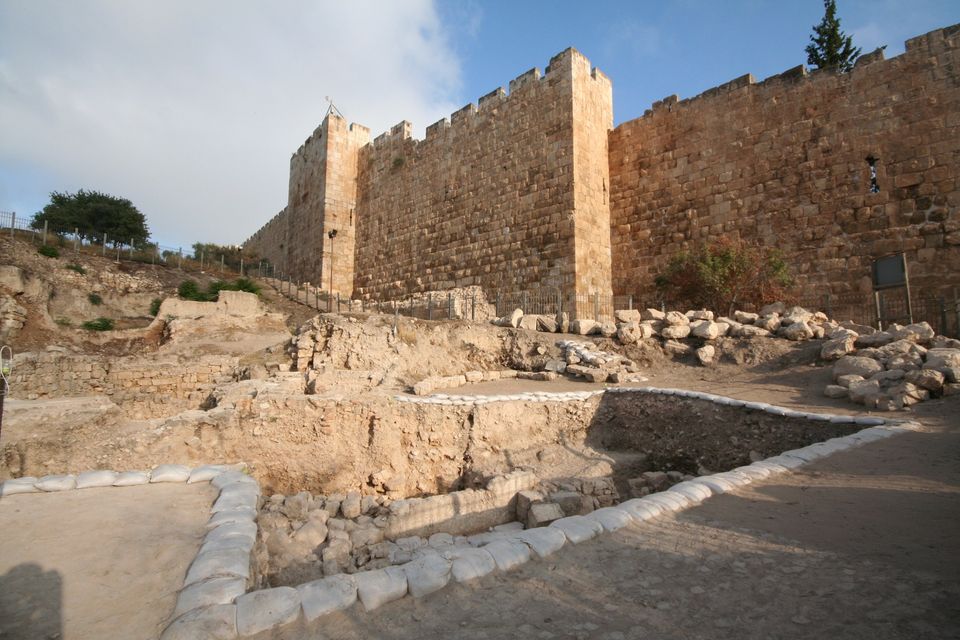