The artist Jesper Just is talking to me on his cell phone, describing the creation of, according to the release, a “multi-channel filmic odyssey and architectural intervention for the Danish Pavilion.” 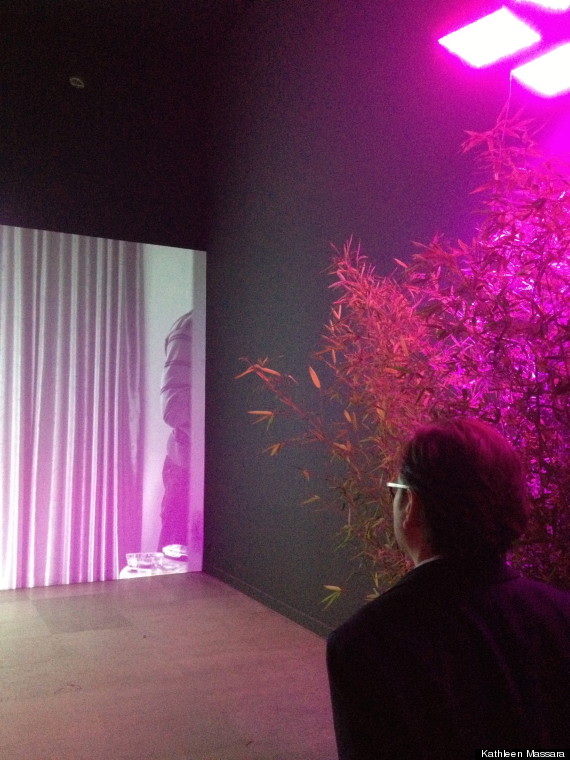 Five 10-minute films are presented on a loop inside the labyrinthine complex, where visitors have to walk through a gritty storage area in order to enter the space. Each short film features three French-African immigrants navigating a faux Paris in China. Just says, “To have several different national identities -- China, France, and an African element -- in the Danish Pavilion in Italy shows many things at play at the same time, but at the end of the day it’s about three men connecting through the structures of the city.”

In other words, the Danish artist is “not trying to so much deal with the geopolitical issues but to shoot an uncanny Paris,” he says. In this, he succeeds. One of the actors walks past European-like housing projects and emerges near a bamboo forest, upending our expectations of time and place.

The artist has always excelled at immersive cinema; in fact, it’s a complaint that at times is lodged against his work. His critics say it’s too glossy and too well produced for a “real” art film. And yet, his films will likely never play In A Theater Near You due to his unusual approach to the silver screen. “It might look like recognizable cinema but the narrative only happens from one room to another because the characters are in new situations; you create it yourself, in that sense,” Jespers says. In this way, there isn’t a narrative arc to guide you. The viewer has to guide herself –- deciding on multiple possible paths to take, interpreting the signs and signals along the way.

In fitting with the international approach to the Biennale, the crop of mainly white viewers will also contend with atypical black protagonists onscreen. Instead of feeling sorry for the immigrants on display, we become immersed in their actions, experiencing more of an empathic response rather than a voyeuristic one. This small stand is rare and refreshing. Just explains, “I’m not saying [films] don’t deal with minorities, but if there’s a story it usually deals with someone seen as ‘the Other.’” [With] “Precious” or “Milk” –- it’s a tragedy, so the majority can sit and think, ‘That must be so terrible to be this person.’”

When asked about his influences, Jesper says, “Jean Genet was not the only inspiration, also [Francois] Truffaut and New Wave French films, but the weird way I started doing film works was Michael Douglas.”

Intrigued, we wanted to know more about his interest in the Hollywood icon. He explained that he concentrated on the actor’s oeuvre in college, saying, “It was interesting that he’s been accused of being the most anti-feminist actor in the history of mainstream cinema.” Just cited “Fatal Attraction” and “Basic Instinct” as key roles where this is arguably the case. He continued, “Successful man meets hot successful independent career woman; she destroys the family safety and him… and turns out to be a psycho bitch from hell!”

This tired trope made the artist think about how little of real life we see in movies today – especially in the United States, where he now lives part of the time. Douglas embodies this archetypal family man role, whereas the immigrants in “Intercourses” are less easy to pin down. “I’m not accusing him of anything but it’s interesting he ended up typecast as a dad [who meets an] independent career woman who destroys his family. I’m sure he’s a nice guy,” Just says. With that last line, he chuckled, and we discussed Douglas’s role in the HBO movie, “Beyond the Candelabra.” Maybe Hollywood is changing after all. In the meantime, we’ll take our cues from Just’s thought-provoking films.

Jesper Just is a Danish artist, and living and working in Copenhagen and New York, NY. 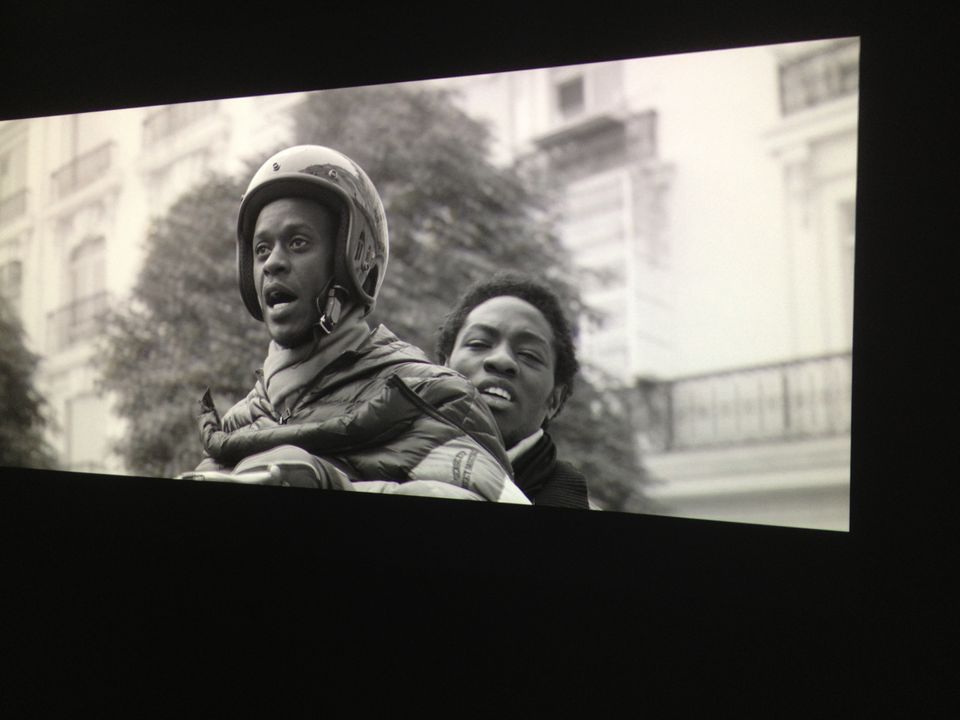