When a Duggar child starts wooing someone, the whole family gets involved.

Jessa Duggar, the fifth child of Jim Bob and Michelle Duggar, has apparently entered into a courtship with Ben Seewald, a fellow Arkansas native, according to People magazine. Her parents are very clear that courting is different from dating.

"Courting is getting to know each other in a group setting, both families spending time together and the couple setting goals together to determine if they are meant to marry. With dating, a couple will often pair off alone and that sometimes leads to a more physical relationship," Jim Bob told People. Adding, "All of our family is involved in this relationship. It is an exciting time." 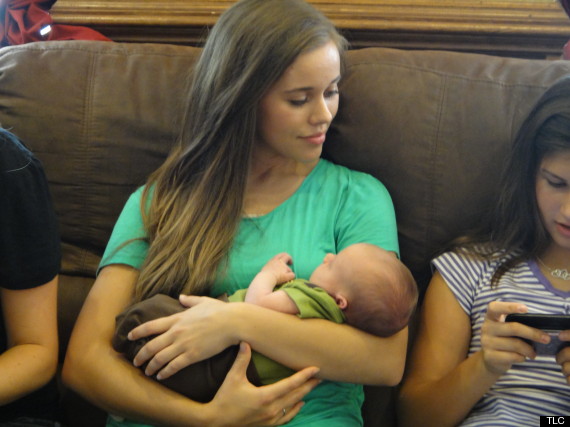 Michelle explained that courtship is not only about having fun, but also about taking time to pray about the relationship. Physical contact is limited.

"Dad allowed them to do a side hug when they were officially courting," the mother said. "Jessa and Ben have said that was the only contact they would have -- when they initially greet each other, when he comes to visit for their first hello, they have a quick 30 second or less side hug and a goodbye side hug."

Jim Bob told RadarOnline.com he hopes his daughter learns from his "mistakes."

“We hope they save [the] physical for when they are married," he told Radar. "When Michelle and I were dating we took things [further] than we should have and we regret that. We hope they hold off on any physical aspect until they’re married and that they focus on their spiritual relationship.”

The 20-year-old and her beau are both studying the Bible. Seewald is interested in becoming a pastor.

Alas, this sort of thing is nothing new for the fundamentalist Christian family. The eldest Duggar child, Josh, had to court his wife, Anna, before marrying her in 2008.

This new courtship will be featured on Season 12 of the family's reality show, now known as "19 Kids & Counting," Tuesdays at 9 p.m. on TLC.