Amid health issues that have kept him from office since June and various reports of bizarre behavior, U.S. Rep. Jesse Jackson Jr. (D-Ill.) was re-elected in Tuesday's election.

The Chicago Democrat cruised to an easy victory over Republican Brian Woodworth and Independent Marcus Lewis in Illinois' 2nd Congressional District, according to the Associated Press. Jackson won 71.7 percent of the popular vote with 43 percent of precincts reporting. As of that time, Woodworth had 14.2 percent support.

Jackson said in a statement from Mayo Clinic that he was "humbled and moved" by his constituents' support.

Jackson has remained silent on when he aims to return to work after re-admitting himself to Mayo Clinic for treatment for bipolar disorder, and even voted by absentee in the election while declining to hold an election night event.

In the weeks and months leading up to the election, Jackson gave few statements updating supporters on the status of his condition, releasing only a robo-call in mid-October.

"Like many human beings, a series of events came together in my life at the same time and they have been difficult to sort through," Jackson said in the automated phone call. "I am human. I am doing my best. I am trying to sort through them all."

Jackson thanked his supporters and said he is "starting to heal" but that his doctors tell him the road to recovery is a long one.

The month before the election was particularly tumultuous for the representative, with swirling reports he was being investigated for possible misuse of campaign money, in addition to reports Jackson was seen drinking at a Washington, D.C. bar in between his stints at Mayo Clinic. 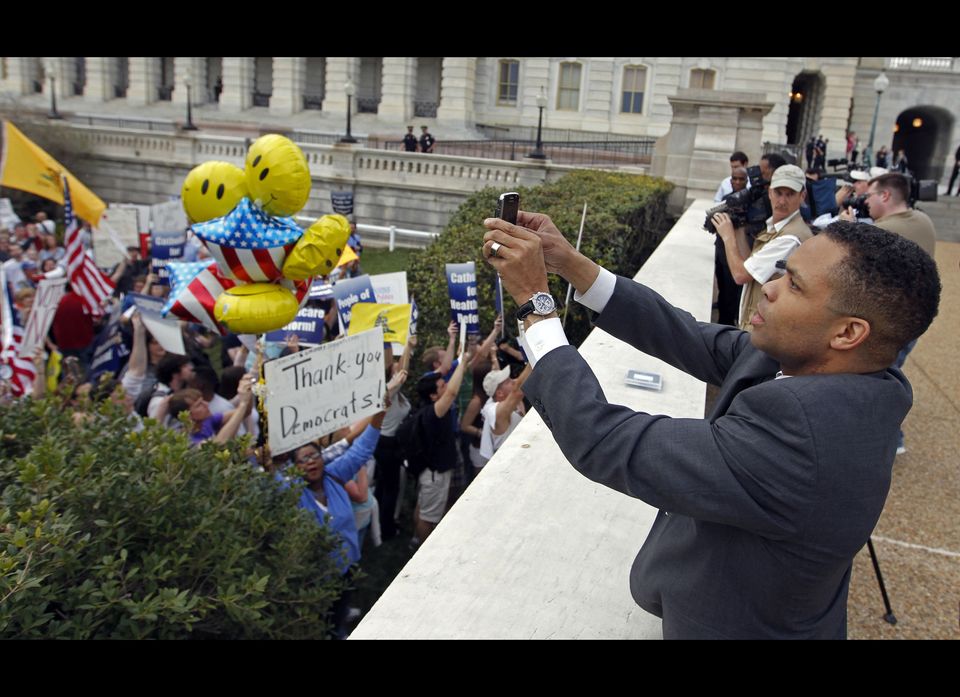