Jesse Jackson Jr. was locked in solitary confinement after a guard "took exception" to the former congressman advising fellow prisoners of their rights, the Chicago Sun-Times reported. Jackson, the son of the civil rights leader, challenged the legitimacy of his detention and was awarded a transfer to a new facility.

He has been moved to a federal prison facility in Alabama following the dispute at the North Carolina prison where he was serving a 30-month sentence for misusing campaign funds.

Family of the ex-Illinois congressman confirmed to ABC Chicago over the weekend that Jackson was transferred to a minimum-security federal prison in Montgomery following disputes at the North Carolina prison that led to Jackson being placed in solitary confinement.

The Bureau of Prisons declined to provide the Chicago Tribune specifics over Jackson's transfer, citing privacy and security reasons.

A source told the Chicago Sun-Times the 49-year-old Jackson was reportedly advising his fellow inmates about their rights in prison when a guard "took exception to that." Jackson was then placed in solitary confinement for five days more than a month ago.

After a subsequent hearing where Jackson was cleared of any wrongdoing, Jackson requested to be transferred to FPC Montgomery -- the facility he listed as his top choice during sentencing.

Jackson Jr. suffers from bipolar disorder and depression, and previously sought treatment at Mayo Clinic before his conviction.

“He’s been very disciplined in his health-recovery regimen,” Jackson's father, the Rev. Jesse Jackson, told the Sun-Times. “He’s been doing a lot of reading and writing.”

Jackson said he and other members of the Jackson family -- including his ex-Chicago alderman wife Sandi -- have been visiting the ex-congressmen in jail. Jackson Jr. is scheduled to be released in December 2015.

Sandi Jackson, who was convicted of filing false tax returns, faces a 12-month sentence to be served upon her husband's release.

PHOTO GALLERY
Sandi And Jesse Jackson Jr. Through The Years 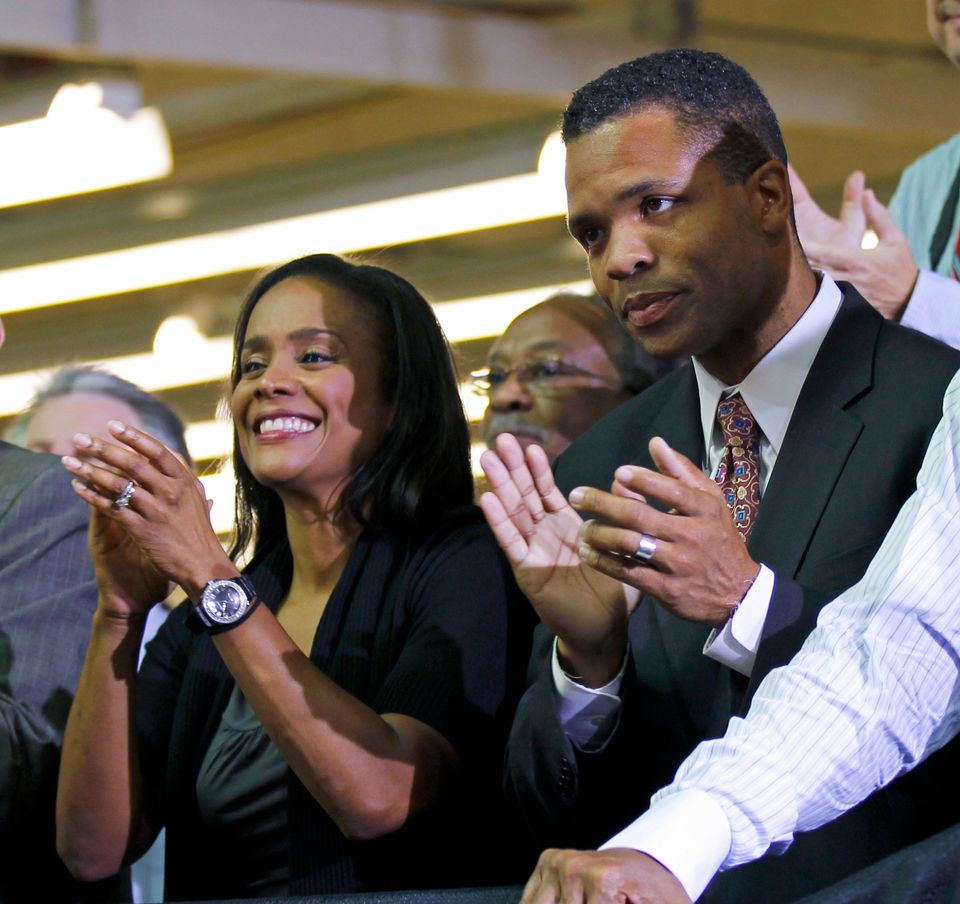