A few of our country’s most notable Founding Fathers ― think George Washington, Thomas Jefferson and John Adams ― grew the cannabis plant, hemp, as a multipurpose crop, while colonists from that time could pay their taxes with the plant. Betsy Ross sewed her American flag from hemp.

“How could it be any more all-American than that?” Jesse Ventura asked with a laugh while talking on the phone with The Huffington Post in promotion of his book, Jesse Ventura’s Marijuana Manifesto.

“If George Washington and Thomas Jefferson were alive today, they’d both be raided by the DEA,” said Ventura, a former Minnesota governor and professional wrestler. “They’d be doing 10 to 12 years in the federal prison for being major drug dealers. Now, does anyone besides Jesse Ventura see something wrong with that picture?”

Ventura’s book, co-written with Jen Hobbs, makes the case for marijuana legalization in the United States. In it, Ventura provides personal anecdotes, reported stories and gathered statistics on the pros, like potential economic boosts for state governments and health benefits with consumption. For example, a recent Harvard blog explained marijuana’s usefulness for AIDS and cancer patients to stimulate appetite or stave off nausea.

“I’d rather have someone take a hit of marijuana than be on Prozac,” said Ventura. His book also advocates for the societal negatives that would be lost with legalization, such as an end to the collateral damage of the “War on Drugs” and a decreased reliance on expensive pharmaceuticals for conditions that Ventura claims can be treated with marijuana instead.

“In the case of marijuana, you could grow it in your backyard, poor people could have access to it and they wouldn’t necessarily have to pay the government after the initial investment,” said the former governor, explaining that an obstacle for legalization is opposition from government or pharmaceutical companies that would no longer earn profits from this form of treatment. For example, controversial pharmaceutical company Insys Therapeutics contributed $500,000 to fight an Arizona ballot measure that would legalize recreational marijuana just this September.

Ventura is a veteran Navy SEAL who particularly wants the drug legalized for the potential benefits with aiding PTSD (post-traumatic stress disorder). FX comedy “You’re The Worst” depicted this issue in its most recent season, showing a veteran struggling with the side effects and ineffectiveness of prescribed meds, only to find relief through smoking marijuana.

“This plant is unbelievable,” said Ventura. “You’re not going to overdose ... maybe over a period of months, you might gain some weight.” He started laughing. “You might be overindulging in your eating habits, maybe. It could happen I suppose. Maybe they’ll blame obesity on it.”

The recent presidential election may have affected the previously inevitable-seeming legalization of marijuana in this country, despite four states voting on Nov. 8 to allow recreational use and four more rolling back restrictions.

Despite being a member of the Independent Party and holding onto frustration that Trump won the presidency while losing the popular vote, Ventura remains hopeful the president-elect won’t get in the way of legalization.

“He’s indicated that he wants to leave it up to states’ rights, which is fine,” said Ventura. “Let each state decide whether they want marijuana legal or not, and I guarantee you eventually all 50 will do it because of the money.” Colorado, a state where recreational marijuana use is legal, saw $66 million in marijuana sales tax over the last year.

Trump is actually a fellow WWE Hall of Famer, thanks to appearances in “WrestleMania,” but that hasn’t earned him any points with Ventura. “Some people are in the Hall of Fame that I don’t personally think belong there,” said Ventura. “Vince [McMahon, chairman and CEO of WWE] cheapens it by doing that, but what the hell, he created it, so it’s his Frankenstein anyway.”

With Ventura hearing word that another WWE Hall of Famer, Dwayne “The Rock” Johnson had not ruled out his own presidential run, Ventura claimed he wanted to join the ticket as Johnson’s vice president.

“Put the word out, have him get in touch with me, because if he would run as an Independent, I would run with him,” said Ventura. “Wouldn’t that be something? Then we could have wrestlers take over the country.”

If nothing else, a Ventura vice presidency would certainly be a giant leap toward legalization of marijuana. “You know me, I love to stir it up,” Ventura said with a laugh. “If anyone talks to Dwayne, tell him to give me a call.”

Jesse Ventura’s Marijuana Manifesto is out via Skyhorse Publishing. 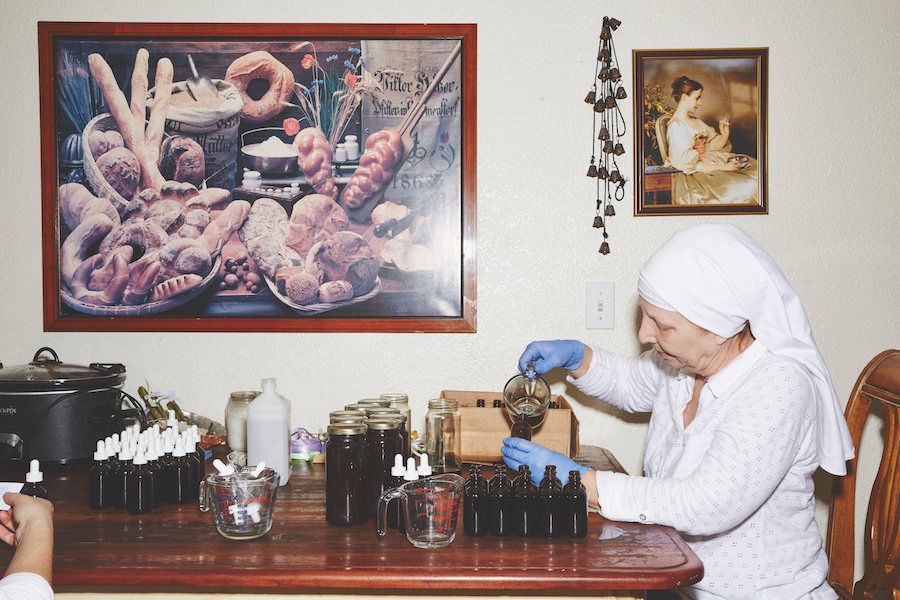