Jessica Alba's secret to her hot post-baby body? A girdle.

The mother-of-two is currently featured in Net-a-Porter's weekly digital magazine, The Edit, and dished about her secrets to looking good. As an expectant mother herself, The Edit reporter had to ask Alba how she got back her amazing body after having a child.

Apparently, Alba strapped herself into a girdle for months after giving birth (in 2008 to Honor and in 2011 to Haven). “It was brutal; it’s not for everyone,” she said. “I wore a double corset day and night for three months. It was sweaty, but worth it.”

This isn't the first time the 31-year-old has discussed her unusual post-baby techniques. Back in 2011, Alba chatted with Lucky magazine about her girdle. “I wear a girdle around my tummy from the moment I give birth until it doesn’t feel loosely goosey anymore—that takes a good two to three months," she told the fashion magazine. "It’s spandex with Velcro.”

Whatever the "Honest Life" author did, she did it right. Earlier this month, Alba was spotted in an array of teeny bikinis while vacationing in St. Bart's with husband Cash Warren, Nicole Richie and a group of friends.

Although she has a killer body, Alba hasn't always been happy about flaunting it. When she first broke into the biz with "Dark Angel" at 19 years old, she felt like she was being "objectified."

"Now that I'm older, I've learned how to own it, but I'm still not very overt," she told Marie Claire last March. "There are some women who dress for men. I dress for myself. It took me some time to get here. Being a mom and feeling grown-up have helped. Now if I'm going to wear something short, it has to have a high neck or a little sci-fi toughness to it, an edge." 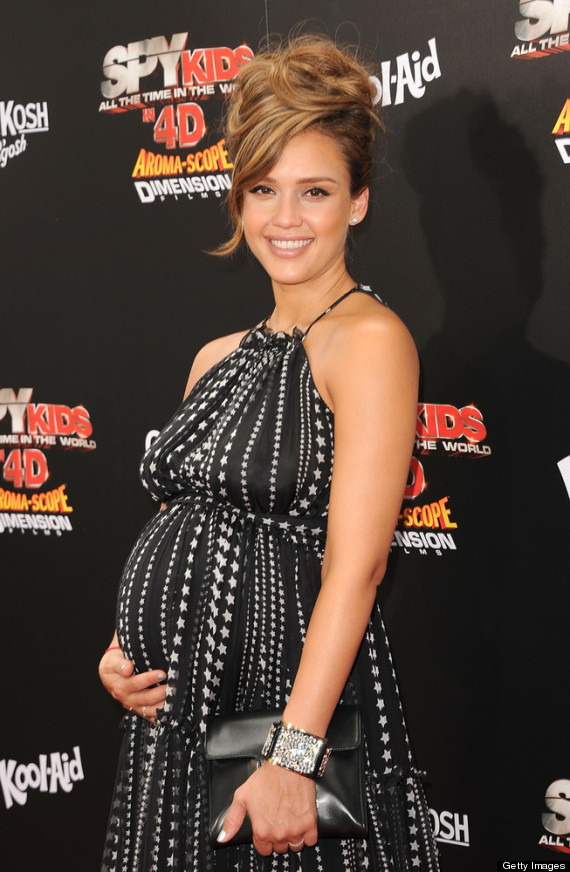 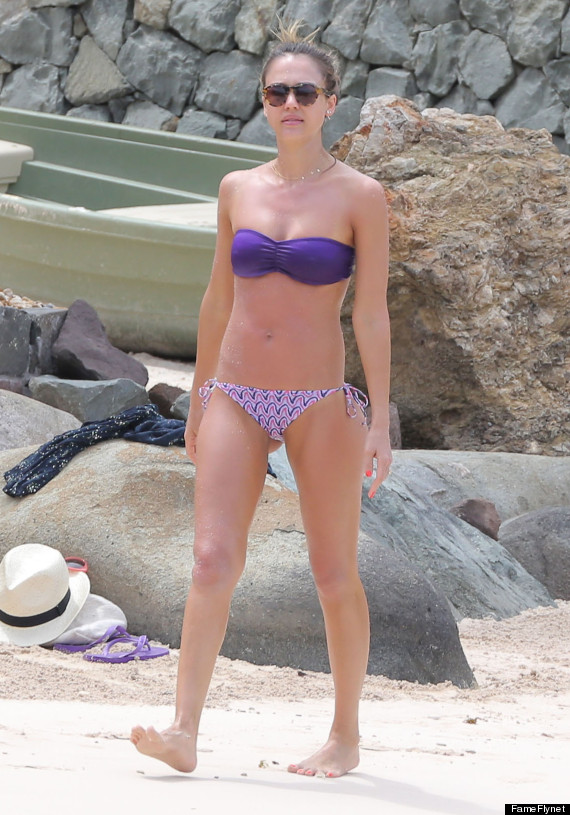 Alba on vacation this month.