Jessica Alba may be one of the most sultry actresses in Hollywood, topping the Maxim Hot 100 list year after year. Still, the actress-turned-mogul hasn't always been comfortable with her sex symbol status.

"My sexuality made me very uncomfortable," she told InStyle in a recent interview. "I remember my first Maxim shoot, they were telling me to pose a certain way, and I was like, 'Agh! I'm 19. I'm a virgin. I don't even know how to do that.' It was so awkward."

After sizzling on the big screen with leading roles in "Honey," "Sin City" and the "Fantastic Four" franchise, Alba eventually found a position she was comfortable in: entrepreneur.

"I sort of went through a life crisis," she said. "I was like, 'This isn't what I set out to be. I'm so much more than this, but I don't know how not to be a sex symbol."

Alba found her new calling by creating The Honest Company, which manufactures non-toxic household products that she created with the safety of her children in mind.

"I made a deal with the universe: If I was able to manifest my dreams, then I would try to do good in some way," she told the magazine.

Alba, whose company recently broke into the makeup and beauty industry, has come a long way from her tomboy youth when she chose baggy cargo pants and Nike sports bras over glamour.

"The first time I wore a dress and heels, I had to go to the Golden Globes -- I was nominated for 'Dark Angel,'" she said. "I took my brother. I was so worried about not looking like a lady. I remember thinking, 'I hope I don’t trip.'" 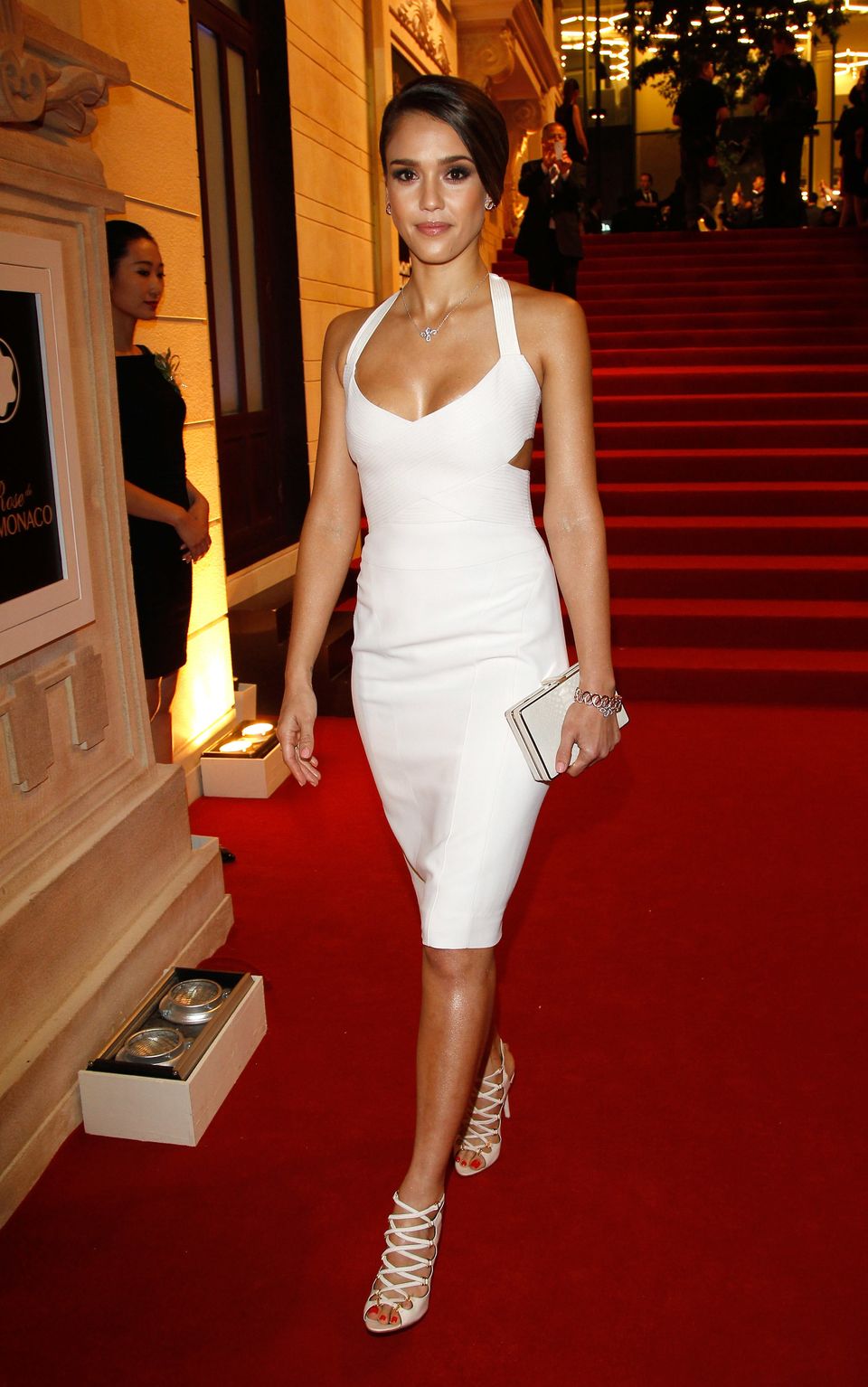