Since tying the knot with Justin Timberlake in October, Jessica Biel has had only glowing praise for married life.

"It feels like you have this partner who is going to be with you and also change light bulbs and do dishes with you," she explained to Ellen DeGeneres earlier this week.

Biel also touted Timberlake's aptitude for household chores when discussing the merits of marriage in the January issue of Elle.

"It means always having someone there to open the pickle jar ... to share the ups and downs with, have adventures with. Someone to go swimming naked with. That kind of thing,” she said.

The actress tells Elle that her new husband has quite the domestic side. "He bakes pies," she reveals. "He’s Southern, so he’s got all this influence from his grandma. He does a three-layer pie…and blueberry crunch cake, which is pretty unbelievable. It doesn’t happen all that often, thank God. Otherwise, it would be a big problem.”

In fact, Biel told DeGeneres that her Memphis-born beau's Southern charms have been rubbing off on her -- especially when she says the word "husband." "Every time I say it, I go really Southern with it," she gushed. "'Oh, that's my husband. That's him over there.' I touch my hair and I completely go like I'm from the South or something. It's weird."

But, of course, one of Biel's favorite parts about the past few months was the couple's safari getaway in Tanzania, which she has previously described as "heaven."

“Honeymooning is the best thing about being a newlywed," she tells Elle. "I wish I could honeymoon forever.” 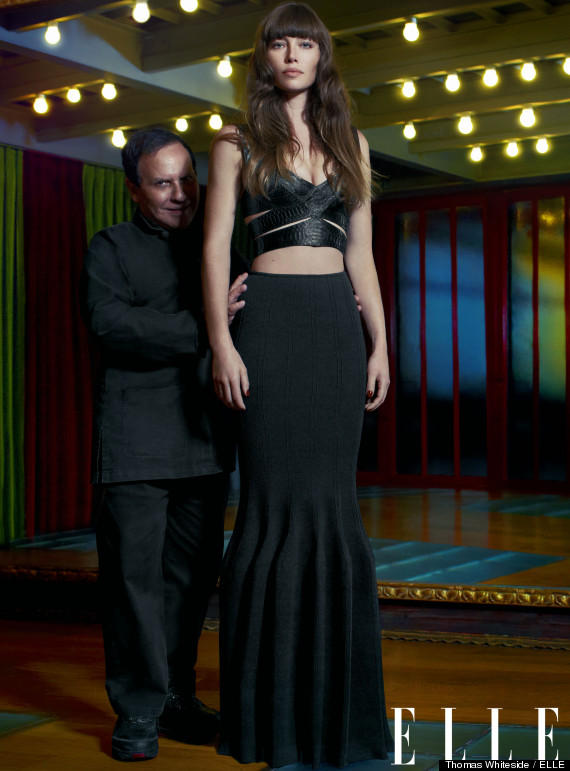