Meet Jessica "Biel" Timberlake. You may know her as the teenage girl who starred as Mary Camden-Rivera on "7th Heaven" or maybe you're more familiar with that person who married Justin Timberlake. 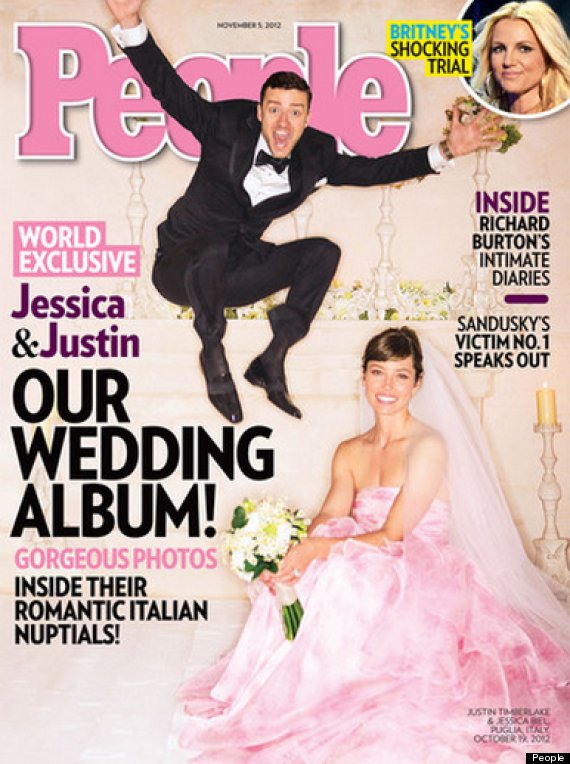 After 11 months of marriage, Life & Style reported the official change: "'The paperwork is done and she's now legally Jessica Timberlake." According to the tabloid, Jessica is keeping the Biel "professionally," but does that really make a difference?

At its core, the issue with name change is an issue of identity. There is significant power in names -- they are the way that we think about and package the world around us. Names have a huge significance in our sense of self, both individually and in relation to society. They play a major role in our ideation in that they guide and direct the way we form thoughts. Consequently, a re-naming comes with re-identification. There is a distinct alteration to the the way we conceptualize ourselves that is inseparable from name change, and when that process includes dropping your own name in favor of another's, the re-labeling has effects far beyond tax forms addressed to Mr. & Mrs. Something-or-other.

That's what is so specifically frustrating about Jessica Biel's choice. As someone with such a longterm famous identity, "Jessica Biel" does not simply apply to her concept of self, but our concept of her public figure. In other words, her name functions as a societal signifier at a much more macro level than a non-famous person relating to others rather than the public at large. Of course, Jessica is not getting a new household name, but changing the name "personally" is almost more significant -- especially given the fact that her husband is also famous, and much more so than Ms. Biel has ever been. In taking Justin's last name, Jessica is subverting her own identity, and becoming a part of Justin Timberlake, in a way that Justin Timberlake is not becoming a part of Jessica Biel.

The marital name-change debate is ultimately based in feminist argument: in changing your name as a result of heterosexual marriage, women relinquish a very basic marker of their identity, which is problematic insofar as it symbolizes a succumbing to patriarchal standards. However, as Jill Filipovic points out, the discourse of name-change is much more complex than the simple right to choose to change one's name. Women who keep their names aren't necessarily feminists, just as those that change their names aren't necessarily not feminists. Ultimately, the most important aspect of the debate is the concept of identity and the way that can be co-opted by one's partner in heterosexual marriage.

In recent years, more women have stuck with their maiden name, but the fact of the matter remains that over 50 percent of Americans think women should be legally obligated to change their name when they get married, and over 90 percent of women do. There are pressures to change one's name and pressures to not change it (from those in feminist communities), and the existence of choice in the face of either version of coercion is often an illusion.

In becoming Jessica Timberlake, however, the former Jessica Biel is making a distinct and visible choice to subsume her very public identity to another very public identity. There is no private decision-making in this also very public choice, because the realm of "professional" and "private" are blurred as an automatic facet of celebrity culture. Both Timberlake and Biel are automatically attached to well-known personas, and there is an uncomfortable lack of self-awareness in Biel's choice to succumb to the Timberlake identity.

The most problematic aspect of the marital name change is the consequent shift in a woman's sense of self and her ability to understand herself as an individual with the agency to make decisions. The most poignant aspect of this intensely nuanced debate is the conceptual effect of labeling your identity as dependent on someone else's. Re-labeling can appear to be a small change, but it is one that comes with much more macro implications than the letters on a page. Eerily enough, Biel's comments about married life echo that fact. "It's weird because it feels like almost nothing has changed," she's said, "but yet something that you really can't describe -- or something that isn't really tangible -- has changed."