While we can always rely on some starlets to push the sartorial envelope with sexy gowns and fashion-forward couture, actress Jessica Chastain isn't known for her red carpet risks.

Even though the "Madagascar 3" actress says she never wears flats on the red carpet -- even in crutches! -- her previous looks, featuring turtlenecks or monochromatic gowns, have always been a little tame. Girl even looked a little bland in McQueen.

But as if to silence all her critics with one daring gown, Chastain turned heads at the Tony Awards 2012 red carpet on Sunday night in a sheer Marios Schwab dress and silver Giuseppe Zanotti peep-toes. What would you even call this color? Nude? Transparent? Britney Spear's "Toxic" bodysuit-esque?

Thankfully, a nude corset, a la the one worn with the dress on the runway, kept Jess from having a serious wardrobe malfunction.

We're kind of in love. But scope out Chastain's bold frock below and tell us: do you like her new direction? 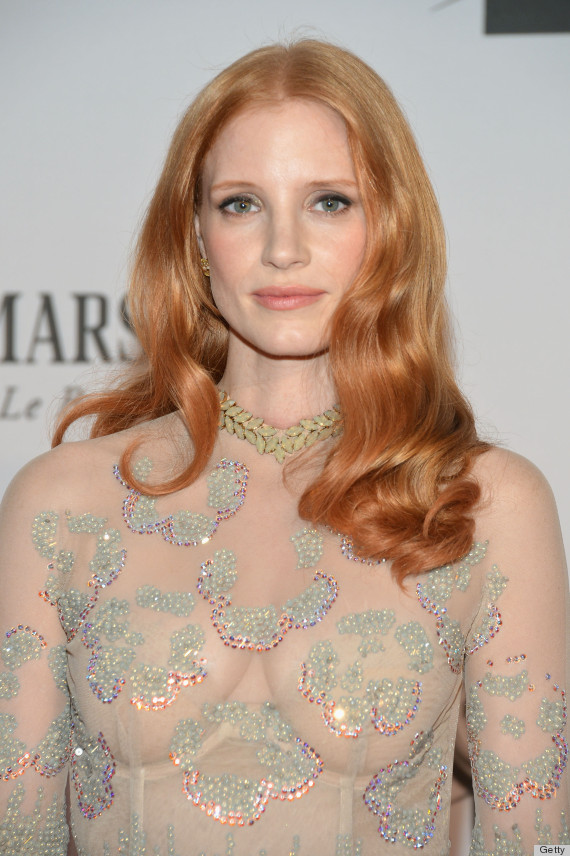 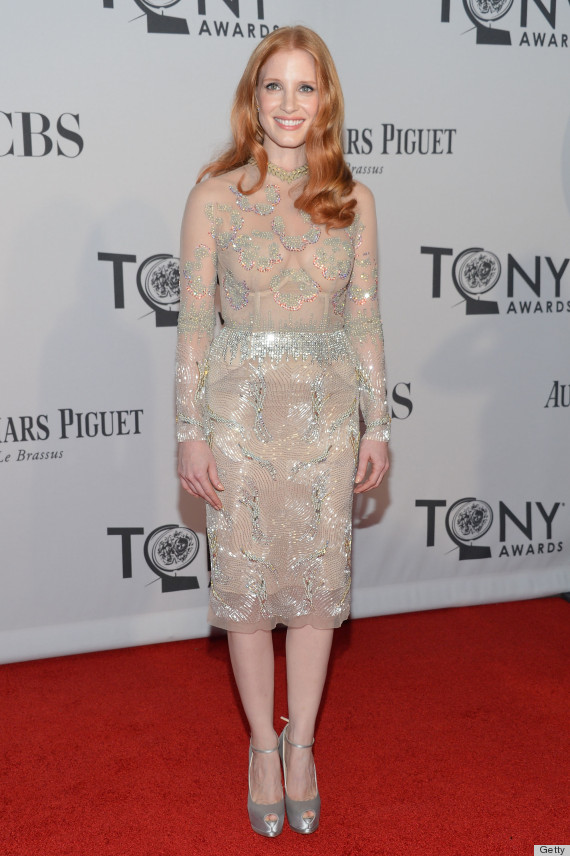 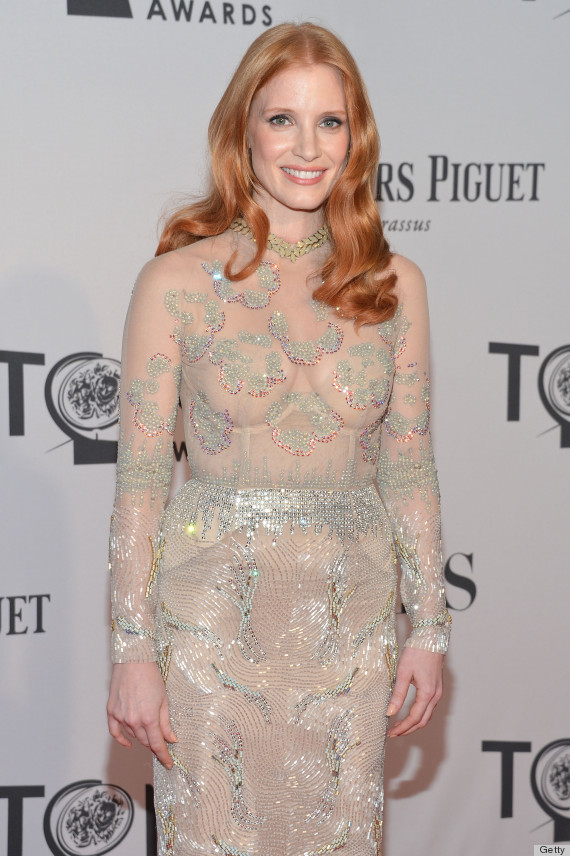