In a way, it only makes sense that we have a teenage girl to thank for the early heartthrob years of Johnny Depp's career.

After one Nicolas Cage convinced Johnny Depp to pursue acting, he auditioned for "A Nightmare on Elm Street." His role as Glenn in the 1984 horror film was the first of his career. The exposure, however, led to "21 Jump Street" and from there, teen stardom.

Jessica Craven was 13 years old when her father, director Wes Craven, let her sit in on an audition for "Nightmare." Her parents were divorced and she was visiting her father with a friend. Unable to take the day off work or find someone to occupy the girls, he let them join in on the casting process and told them they could read with the actors.

"It wasn't glamorous," Jessica, now 47, told The Huffington Post on the phone. "It was very much like going with dad to the office." Of course, that was before either of the Cravens could have known "Nightmare" would be a massive hit. 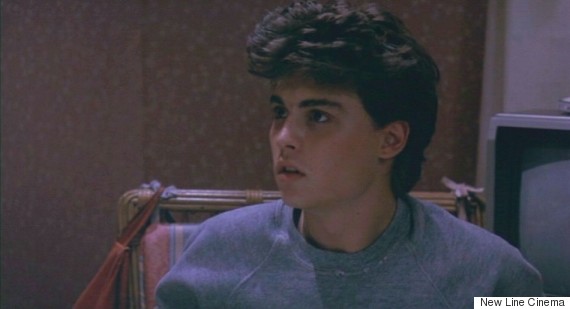 Wes Craven has spoken before about the effect his daughter had on his choosing Depp. Initially, he thought Depp was a poor fit for the "kids next door" group he was trying to compile for the "Nightmare" cast. It was Jessica's reaction that convinced him to reconsider adding Depp to the mix.

"I happened to have my daughter, at the time she was 13, watching the casting session," he said in the Bio channel documentary about Depp. "So, we went home and we were going through all the pictures ... and went through all these handsome sort of jock types that I thought teenage girls would like. She said, 'Dad, Johnny Depp' and points to Johnny Depp's picture and I go, 'Doesn't he look kind of sickly, kind of pale?' And she goes, 'He's dreamy.'"

On her part, Jessica doesn't remember seeing Depp's headshot. She only remembers swooning over his magnetic personality. Jessica recently reached out to HuffPost after reading a story on Depp's career arc, which cited the headshot story. "It was seeing [my] reaction that made my father decide to take a chance on him," she wrote in an email to HuffPost. "No headshot would have elicited the same."

Her first impression of Depp actually came before the casting session. She met him in the waiting room when he complimented her Ritz watch with crackers for numbers. She wore it in the shower by accident and the face was filled with condensation. Depp noticed and showed her how to clear the liquid with a lighter.

"He was just so cute," Jessica giggled. "My friend and I were both smitten ... He was very sweet to me. I suppose, to be cynical, in retrospect he was being sweet to me because I was the director's daughter. But it didn't come across that way at all. He was far nicer and more charming that anyone else that came in."

As she remembers it, that reaction is what pushed her father to pick Depp. Jessica doesn't take credit for "discovering" him or anything like that. But she knows her presence had a huge impact on her father's choice.

"It was just one of those very teenage reactions ... sort of like teenage girls screaming at The Beatles," she said. "After he left, my girlfriend and I just squealed and spent the rest of the day talking about how cute he was. I didn't tell my dad to cast him, I just reacted." 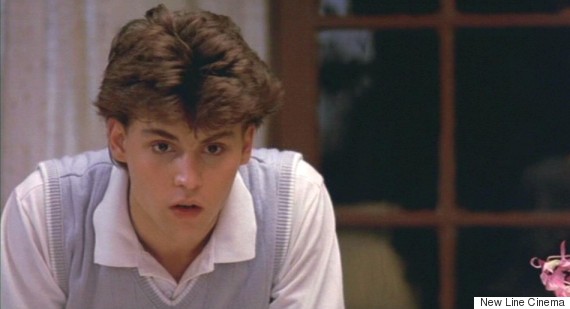 "It was a one-off experience" Jessica added. "If we hadn't been there that day, perhaps he would have cast someone else."

Jessica never met Depp again, though the experience has stayed fresh in her mind as she's watched him on screen. "I feel oddly connected to him," she said. "I would never have claimed any part in his career, but since it sort of became a thing, you know, you develop a funny kind of fondness for a person ... I never saw him again or talked to him again. It's just a parallel existence kind of thing."