The case of a Michigan mom who disappeared shortly before she was supposed to close up a gas station has been ruled an abduction.

ABC News reports that cops believe there was foul play in the disappearance of 25-year-old Jessica Heeringa, who was last seen at a Norton Shores Exxon Mobil on Friday night.

Fifteen minutes after Heeringa made her last recorded sale at 11 p.m., a customer called police to say there was no one working at the still-open gas station.

The 25-year-old's mother, Shelly Heeringa, told Michigan Live she thinks someone her daughter had seen before at the station “lured [her] out the back and shoved her in the back of [a] van.”

Cops are looking for a silver minivan, possibly a Chrysler Town and Country that authorities believe could have something to do with Heeringa's disappearance.

“I’m sure she was abducted,” Shelly Heeringa said. “She was cleaning a machine, she left her car keys, no money was taken from the gas station.”

Jessica is a 25-year-old female, 5 feet 1 inch tall, weighing about 110 pounds, and has blonde, shoulder-length hair, blue eyes and wears wire-rimmed glasses. She may be wearing a blue-collared shirt that says Sternberg Exxon. 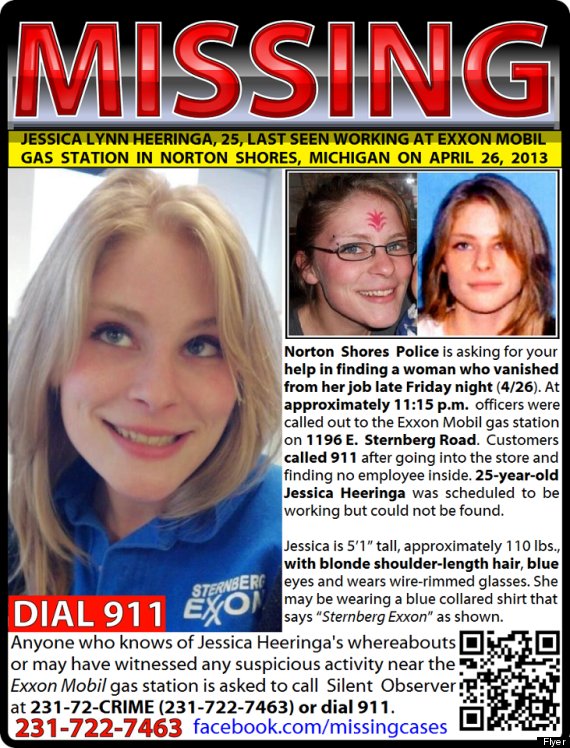