When actor Josh Lucas and his wife Jessica Henriquez welcomed their son Noah into the world in June, they were overjoyed. But the arrival of their first child also meant having to deal with something neither of them wanted to think about -- cervical cancer.

" target="_hplink">they wed in March and confirmed that they were expecting their first child.

The life-changing events came as a surprise to the couple as well, who found themselves in the middle of a whirlwind romance at what for most people would have been the wrong time. Henriquez, a writer, had just returned home to New York from a brief stint in Paris after receiving a diagnosis of stage-one cervical cancer at the age of 25. Getting into a relationship was the last thing on her mind, but there was an instant attraction between the two when they randomly met at a dog park in January 2011.

"It was one of those weird, chance, classic New York meetings," Henriquez told The Huffington Post in an interview. "I don’t believe in love at first sight at all, but lightening definitely struck. There was something there between both of us and we were both kind of blown away."

Having just returned home, Henriquez hadn't even told her parents about her cancer. But she opened up to Lucas about her illness after spending just 24 hours together. "We were at his apartment and I remember thinking, 'I have to tell him or I have to walk away, because this is something big and this could be a relationship'," she said. "I just blurted out. 'I'm sick,' and he was the first person I told. It was terrifying to say it out loud because it gave it power and made it real, and it meant that I had cancer."

Even though they had just met, Lucas was hooked. "Well that’s going to be a problem for me," he told her, before adding, "Because I'm already in this."

From then on the two were inseparable, and their relationship developed as Henriquez was undergoing treatment.

"I remember being so sick, and trying to hide how exhausted and terrible I felt all the time. But I felt like there was a 100 percent commitment and support during the whole thing. I was falling in love with him while I was starting treatment, which is not romantic or sexy," she said.

But it didn't matter -- six weeks after meeting, the couple became engaged. Lucas proposed in San Francisco days after the couple had bonded roughing it for a film shoot and being terrorized by mountain lions in Big Sur.

"We were in San Francisco, and inside Grace Cathedral he asked me to marry him. He was on one knee, it was very romantic, and I asked him, “Why?” I wanted to know why [he] wanted to marry me after six weeks."

Lucas won her over with what she describes as a "beautiful and honest speech," and told her they would be crazy not to pursue a life together.

Over the next few months, Henriquez underwent two courses of treatment that proved unsuccessful. Her doctor had just broached the subject of having a hysterectomy when Henriquez found out she was pregnant.

"I hadn't thought about children. It wasn’t my dream since I was a little girl to have a family. But when a doctor looks you in the eyes and takes that option off the table, it immediately sets something off in you -- this motherhood gene," she said.

Though a hysterectomy would likely have taken care of the cancer, she chose to move forward with the unexpected pregnancy. "I think almost every oncologist would disagree with my decision or parts of my decisions, but I think that things happen in life that you have to pay attention to," she said, adding that from then on she discontinued any treatment and decided to focus only on the pregnancy, because she was terrified that she would miscarry.

The pregnancy was difficult, but successful, and the couple welcomed Noah in June. Almost three weeks after his birth, Henriquez and Lucas have fallen in love with their baby, but now they have deal with the cancer again -- and hope that it hasn't spread or progressed.

"I never thought I’d be a mom at 27, but I don’t for a second regret anything -- no matter what the outcome is. If the cancer has progressed because I did nothing for a year to contain it or treat it," she said, "I don’t feel any guilt, and I don’t feel like it was a bad decision. I mean every morning that I wake up with Josh and Noah I’m even more assured that it was the right decision for me."

Henriquez has since learned that her cancer has progressed from stage 1A to stage 1B. But the "good news," she said, is that it hasn't spread. She'll begin more treatment when the family moves back to New York this fall.

Until then, Henriquez is embracing her new role as a mom. Noah is already sleeping through the night, she said, and she feels blessed. "It’s a blessing because we’ve had such a rough first year together. When we were picking baby names, we specifically picked the name Noah, because it meant “calm and restful,” and we were like, 'Wow, that’s what we need. We need something in our life that’s just going to be so calm and peaceful because we haven’t had that since we’ve been together," she said. 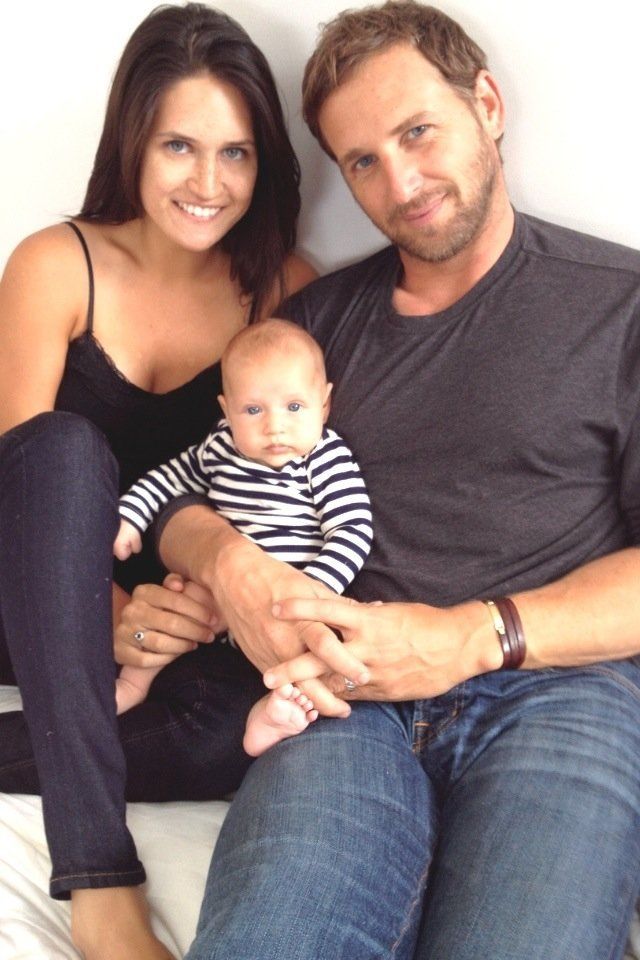