The Minneapolis Star Tribune saw a National Enquirer piece speculating on Jessica Lange's face, and made some calls so Lange's publicist:

"It's absolutely not true," Lange's PR rep Carrie Gordon told me from NYC on Tuesday. "And Jessica will not comment on it because it's not true."

In our first conversation, before Gordon presumably contacted Lange to say I was seeking a comment, Carrie asked how I could write this after admitting that I'm a huge fan of Jessica's work. Because I'm not blind?

The Enquirer asked Detroit-area plastic surgeon Dr. Tony Youn to analyze before and after photos of Lange and her "Bonneville" co-star Joan Allen, who has suspiciously smooth skin.

"To an extent she has," said Youn when I interviewed him. "Are her eyes a little more tilted than the average person's? Yes. But not to the extent that we see now in her." 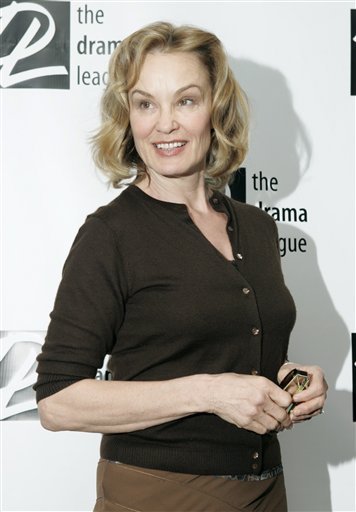