Being a presentable, well-groomed woman involves shaving your legs, painting your nails, and performing other regular beauty rituals. These tasks have become so normalized that many women don't think twice about them -- something Jessica Ledwich hopes to change.

The Melbourne-based photographer's photo series, "Monstrous Feminine," depicts beauty rituals as acts of mutilation, making viewers re-think the standards of femininity and what some women undergo in order to meet them. 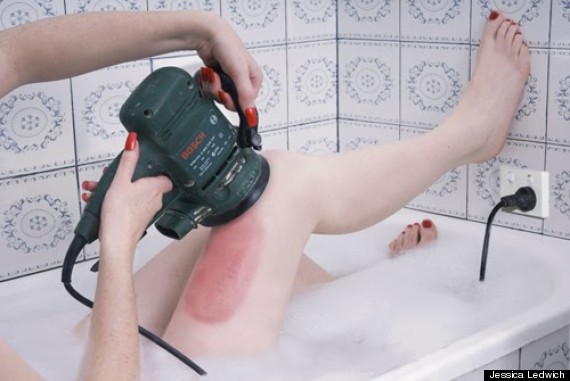 "Like most women, I spent a lot of time reading fashion magazines as a young girl," Ledwich told The Huffington Post in an email. "I didn't think much about the messages that were constantly being pushed but I was aware of this sense of women's sexuality being something that was scary, uncomfortable and somewhat threatening and this strong sense of fear surrounding the idea of aging."

Ledwich also told HuffPost that she hopes her images will make viewers question the increasing normalization of beauty treatments that once seemed extreme.

I personally think what is really disturbing now is the way that the expectation of a women to engage in beauty treatments, procedures and cosmetic surgery, is so ingrained in our culture that we don't even think twice about it. These procedures are almost so mainstream now that you book them to fit between your grocery shopping and your laundry. There are a whole generation of young women who not only think it is normal to do this but that its desirable and worse, expected.

Some of her most arresting images are available below. Check out more of Ledwich's work (some of it NSFW) on her website. 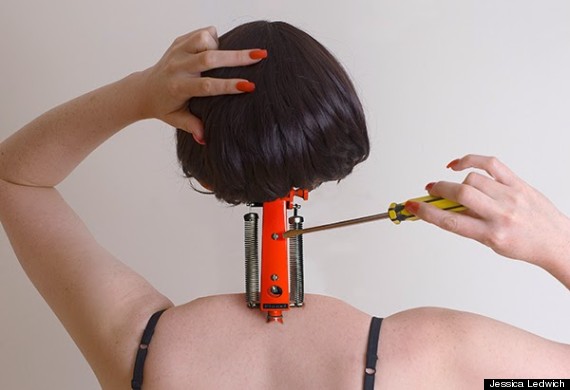 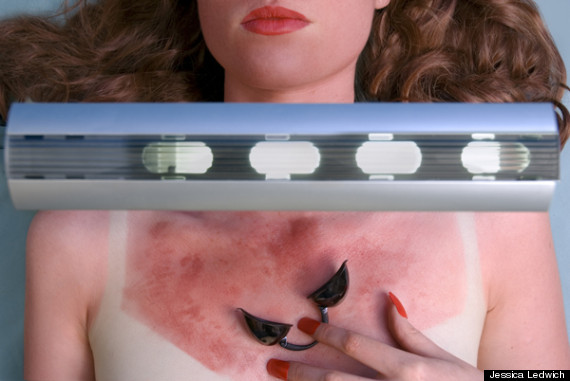 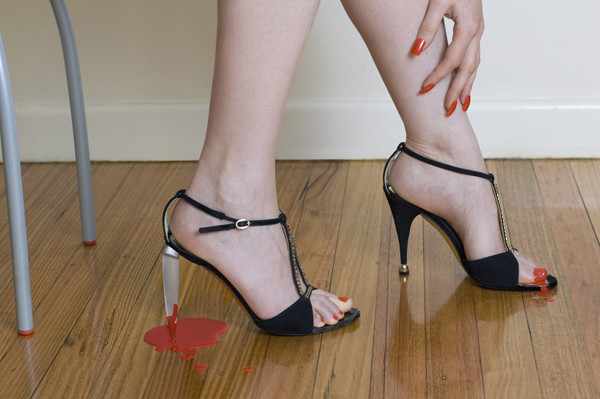