Amid a swirl of pregnancy rumors and lingering questions about what might happen to her million-dollar Weight Watchers deal, Jessica Simpson stepped out with baby Maxwell Drew and fiancé Eric Johnson Thursday at LAX airport.

Earlier this week, Us Weekly reported that the 32-year-old singer was already pregnant with her second child -- just seven months after giving birth to Maxwell and a well-documented 60-pound weight loss. 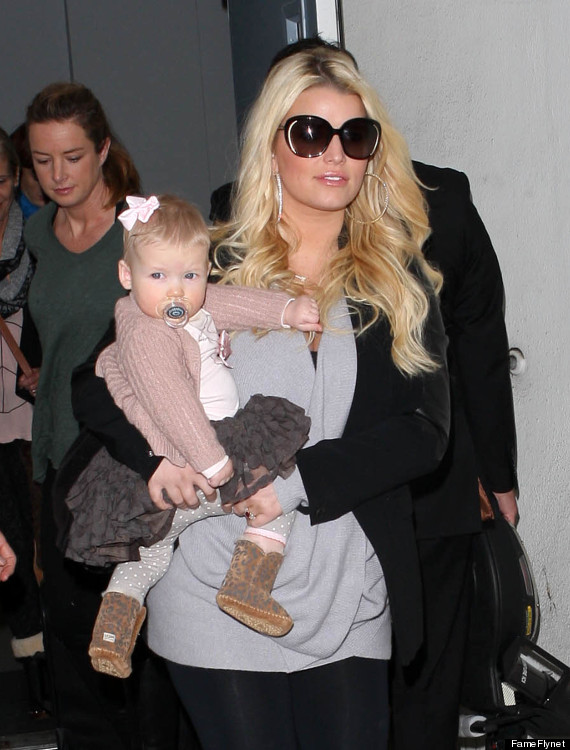