Jessica Simpson and her husband, Eric Johnson, sure love their date nights.

The couple took some time away from the kids this weekend for a dinner at Mastro's Steakhouse in Beverly Hills. The two, who often enjoy dinner dates, were photographed leaving the restaurant arm in arm.

Simpson opted for a fitted blue dress with a high slit up the front and a daringly low neckline. She paired the sexy dress with strappy silver heels and some dangling earrings and left her blond locks down and loosely curled. Johnson let his lady's outfit shine by choosing an all-black ensemble.

Earlier this week, Simpson hinted that she's working on new music by posting a couple photos of herself in the studio. In one of the pics, the 35-year-old is sitting at the soundboard with none other than music legend Linda Perry.

If the photos are, in fact, a sign of new material to come, it will be the first time Simpson's released a new song or album since 2010's "Happy Christmas." 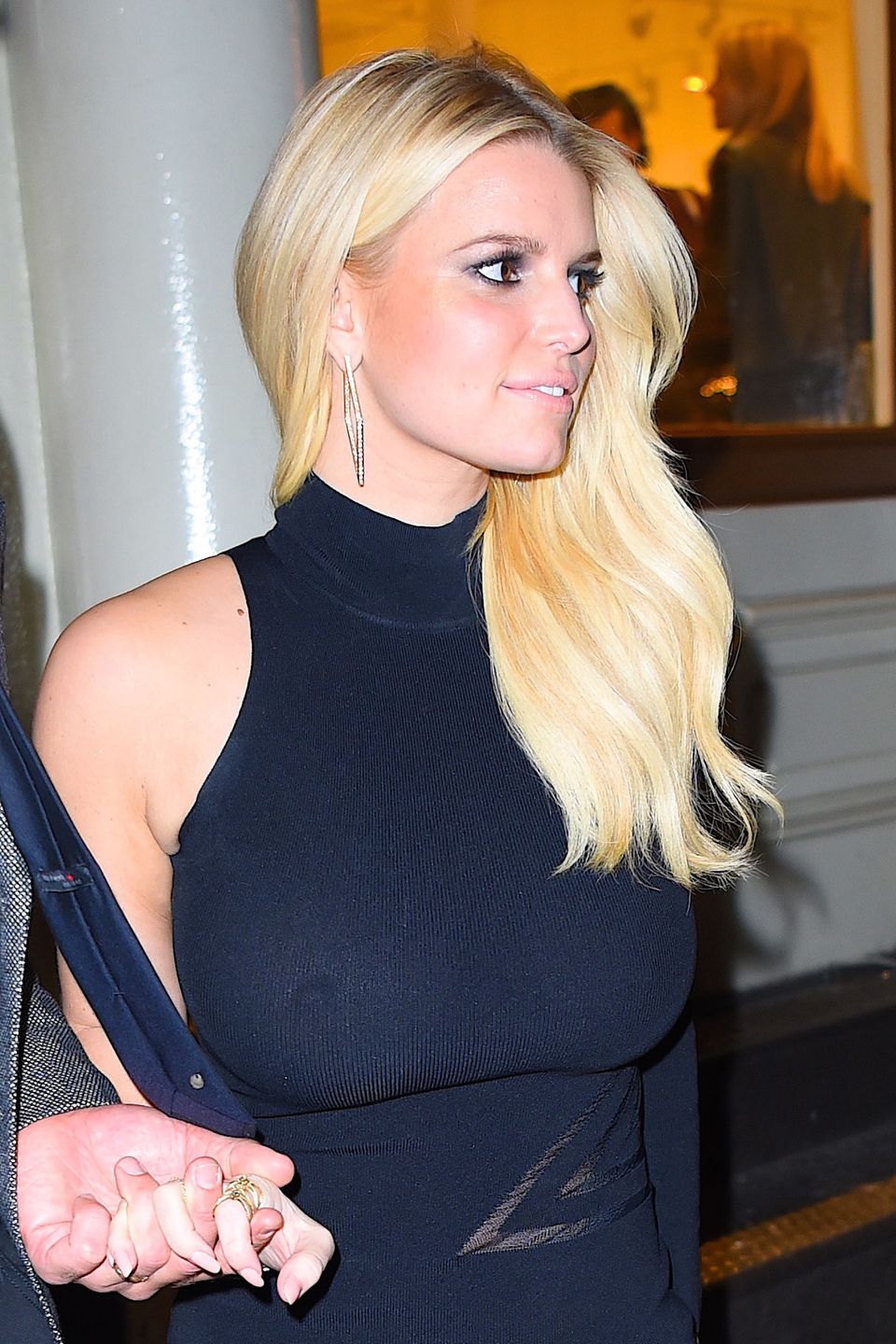