Jessica Simpson may have already lost 40 pounds since she gave birth, but evidently none of that weight came from her chest.

The 32-year-old star debuted her post-baby body and her Weight Watchers commercial during an appearance on "Katie" on Monday, and spoke about how hard she's been working to get her body back.

The singer, whose own father once remarked that "[Jessica's] got double Ds! You can't cover those suckers up," proved just how right he was when she showed off her massive cleavage after touching down at Los Angeles International Airport on Tuesday night.

X17Online managed to snap some photos of the new mom and fiance Eric Johnson leaving the airport. Simpson channels Old Hollywood glam in oversized sunglasses and a low-cut maxi dress that displays her buxom bod.

Simpson has always been busty, but she says her post-pregnancy breasts tend to get in the way. The singer has been doing 60 minutes of cardio a day to lose weight, and she's found that her breasts have posed a bit of a problem.

"My boobs are way too big to run at this point. I'm just walking," she recently told USA Today.

For more photos of Jessica Simpson, click over to X17online.com

How does Jessica stack up in the battle of celebrity cleavage? 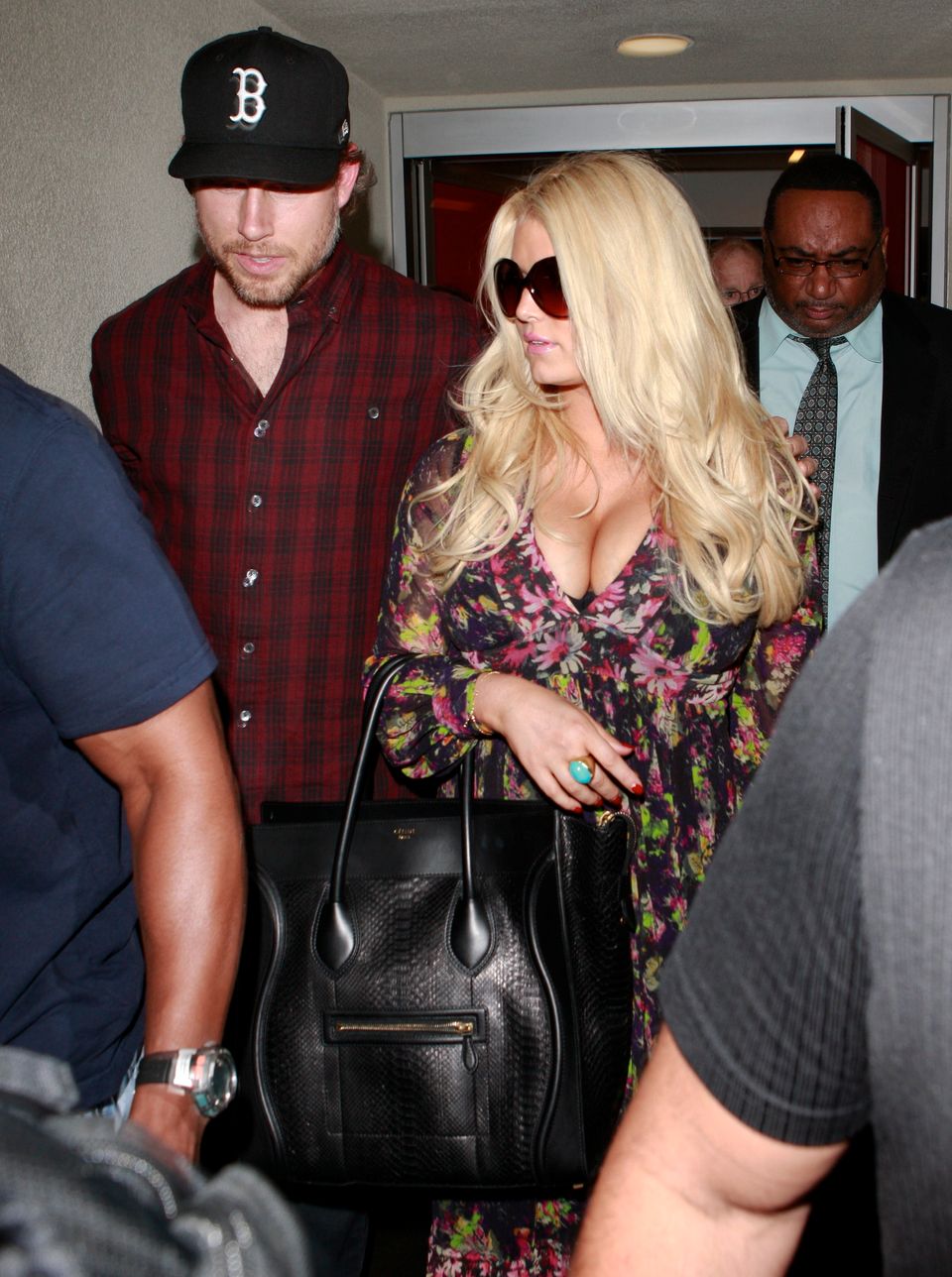