For Jessica Simpson, weddings are all about honoring family.

The newlywed opened up to People magazine this week about her nuptials with longtime beau Eric Johnson.

"It's all about family for us," said Simpson, 33, whose mother, Tina, and sister, Ashlee, served as maids of honor at the July 5 event. Ashlee's fiance Evan Ross also participated as one of Johnson's groomsmen, and Simpson's father Joe officiated the nondenominational ceremony.

The happy duo, who began dating in the summer of 2010 and quickly became engaged later that same year, have two children together: daughter Maxwell, 2, and son, Ace, 1. Simpson says the little ones both drew applause from wedding attendees in their respective roles as flower girl and ring bearer.

"Before I walked out, I kept hearing all the applause, so my kids got standing ovations!" the singer-turned-designer said.

The ceremony itself, held at the San Ysidro Ranch in Montecito, California, had its fair share of glitz and glam with Simpson's gorgeous Carolina Herrera wedding gown, and Johnson's grey John Varvatos tuxedo. But for the happy couple, it was just the beginning of a family-filled life together.

"I saw my gorgeous wife coming towards me and she was crying," Johnson, 34, told the magazine. "I think my heart was exploding a little bit."

"It's so surreal," said Simpson of her newly married status. "This has been something we've wanted ever since we met."

Pick up the new issue of People magazine on Friday, July 11, to see Jessica and Eric's wedding photos. 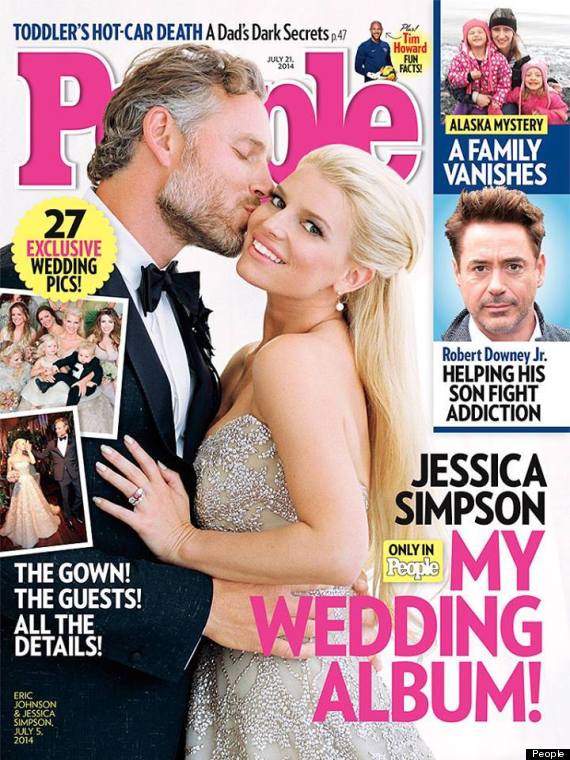