As many new moms know, losing weight after having a baby can be quite stressful. Jessica Simpson can certainly attest to that, although her weight loss motivation also has a multimillion dollar price tag attached to it.

Simpson, who welcomed daughter Maxwell Drew with fiance Eric Johnson in May, signed on as Weight Watchers' new celebrity spokeswoman this spring with a reported $3 million contract. The singer-turned-"Fashion Star" mentor has been spotted hitting the gym since giving birth, and some outlets have been speculating that Simpson is starting to feel pressured to meet a 50-pound weight loss goal.

However, the star denies she's under any pressure to drop the baby weight and took to Twitter on Wednesday to set the record straight.

Just so everyone knows...Weight Watchers hasn't put ANY pressure on me! I'm trying to be as healthy as I can be for myself and I feel great!

Since giving birth, Simpson has been open about her plans to get back into her pre-baby shape.

"I think anybody who's gone through a pregnancy, after they have the baby, it's like, 'I need to do something about this,'" she told People in May. "For me, I really want to do something that is a lifestyle, because in the past, I've been known to yo-yo diet."

While she can't wait to lose the weight, Simpson also revealed she has a hard time being away from her darling daughter.

"We stare at her all the time," Simpson said of Maxwell in her People cover story. "We can't get enough!"

Check out photos from throughout Simpson's pregnancy below: 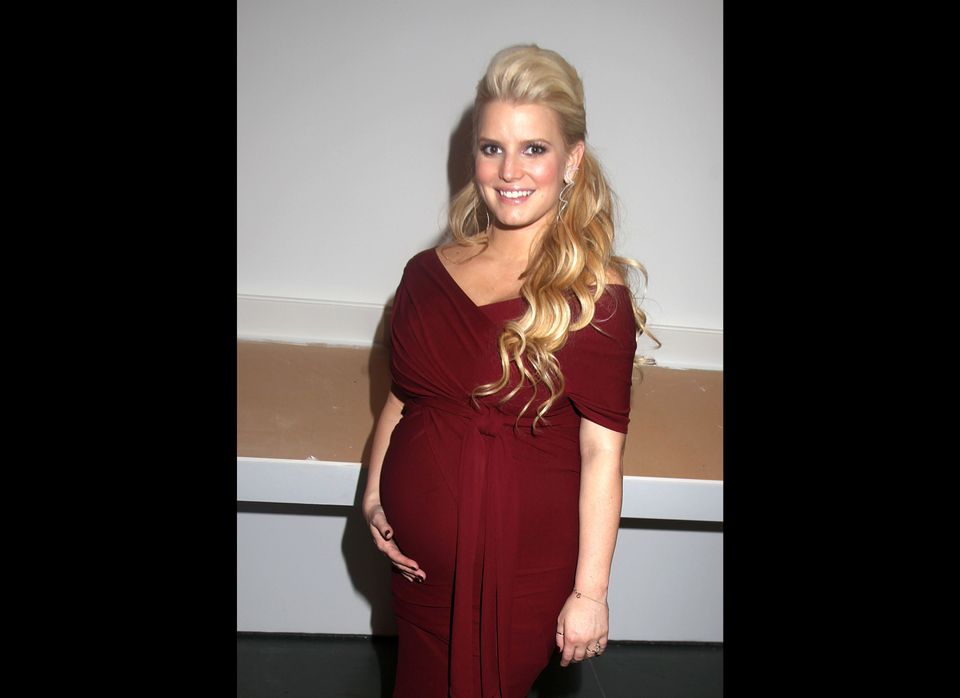