It seems that one Texas-based reporter wasn't getting enough excitement from her day job.

Sarah Tressler, who covers society events for the Houston Chronicle in Texas, has been reportedly moonlighting as an exotic dancer, according to the Houston Press (h/t Gawker). The reporter-cum-stripper was described as "a highly competent freelancer" by a former colleague, but her double life has annoyed her fellow journalists who accuse her of "using them as fodder for a future roman a clef" -- or a novel about real life -- while flaunting her "stripper money," according to one source.

Indeed, a novel by Tressler might be a good yarn if her Twitter and blog, "Diary of an Angry Stripper," which is now locked, prove to be true. She's written about the sordid details of her not-so-secret life including her disgust for men with nipple fetishes and the story about how she once received oral sex from actor Jeremy Piven while studying for her masters in Journalism at NYU, Gawker reports. According to the Houston Press, her LinkedIn profile says she's an adjunct professor at The University of Houston, presumably when she's not writing herself.

"I strip for crazy people and then write about it so we can laugh at them TOGETHER," Tressler wrote on her Facebook fan page, The Daily Mail reports. "That's love, people."

But it's not just journalists moonlighting in eccentric occupations. Working as a stripper has become a more popular way to make some extra cash since the economy went bust in 2009. Since the recession, strippers have flocked to boomtowns like Williston, North Dakota, where they can often make more than $2,000 a night in tips. Indeed, the adult entertainment industry saw a large influx of workers due to the struggling economy, according to reports in 2009.

Likewise, at least one student in the UK took a job stripping to earn some extra cash over the holiday break, The Huffington Post UK reported in January.

But not everyone is looking to lap dances to solve their financial problems. Despite being short on funds, a Little League in Lennox, California recently turned down a $1,200 donation from a local gentleman's club.

UPDATE: Sarah Tressler has reportedly been fired by The Houston Chronicle because she did not disclose her work as a stripper, according to Gawker. She has not lost her job as an adjunct journalism professor. 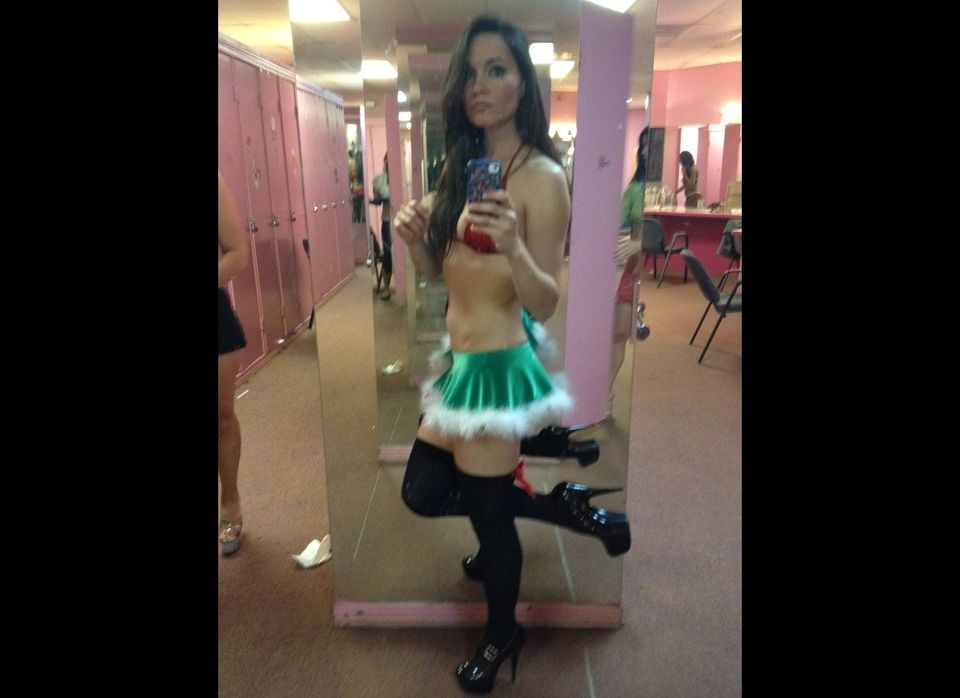