In Why Have Kids? A New Mom Explores the Truth About Parenting and Happiness, feminist author Jessica Valenti poses a question that few people actually wrestle with before taking the plunge into parenthood. 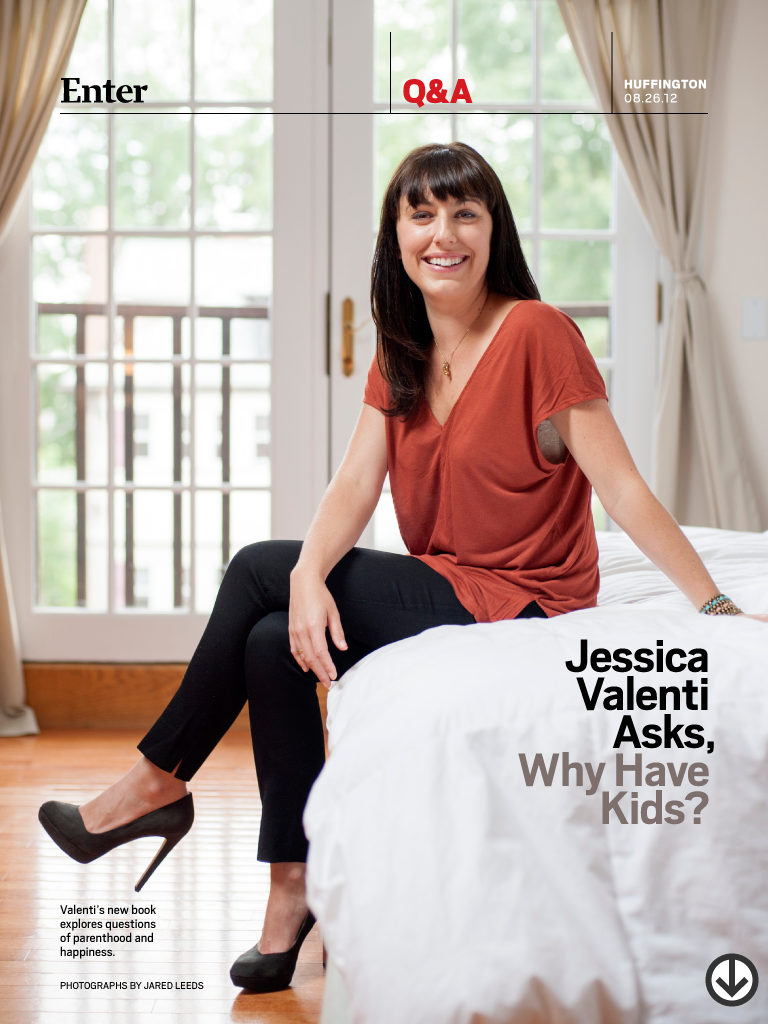 Why did you write this book?
When I signed on to do the book, I was six months pregnant. It was going to be a feminist polemic about how to be the best feminist mother. I had grand ideas about attachment parenting and breastfeeding and the over-medicalization of birth. Then I got preeclampsia in my 28th week. I went in for a normal doctor’s visit—they took my blood pressure and sent me to the hospital. Within days my liver started to fail. I got an emergency C-section and then my daughter was in the NICU for several months. I had an extremely medicalized birth, a far cry from what I had wanted. What I thought were feminist ideals about bonding with your kid became impossible for me to obtain. So the book turned out to be about that disconnect where the reality doesn’t meet the ideal and the misery it’s causing parents.

In your case, that disconnect was particularly acute because of the trauma surrounding your daughter’s birth. But you talk about how women who have “normal” births often feel the same way.
Other people described the disconnect about not loving breastfeeding or being bored by their infants and feeling guilty about that. Being bored was a big one for me. My mom said, “You’re going to want to be around your baby all the time.” All I wanted to do was get back to work. But you’re not allowed to say that because that means you think your kid is dull.

You write about the reasons you think parents are dissatisfied. What is it about this particular moment that’s making us miserable?
In part it’s the expectation that kids should bring you joy. People used to have kids to raise good citizens, or so they could help out on the farm. Now it’s, “I want to fulfill my life.” It’s too much pressure to put on one person—and on yourself. 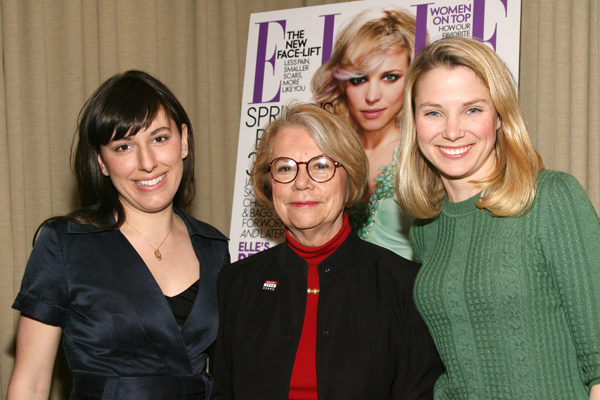 Valenti with Ann F. Lewis and Marissa Mayer at an Elle panel discussion in New York.

In the book you write: “Mommy blogs organize to take down diaper ads but are largely silent on the lack of paid maternity leave. It’s surprising that the vast mommy blogosphere and Twitterverse hasn’t rallied around political causes that matter to parents— subsidized child care, quality public education, etc.
We’ve accepted this idea that parenting is our problem. “It’s not the government’s problem how I afford child care, or how I work out maternity leave—this is my family’s problem.” When the Ann Romney-Hilary Rosen flap happened, I tweeted something like, “Oh, I’m glad the Romneys think taking care of kids is a real job. I look forward to seeing how their platform reflects that.” There was an opportunity for parents to [mobilize], but there was just ... silence.

I can imagine someone who does consider motherhood the most important thing she does thinking you sound condescending.
Motherhood is the most important relationship I’ll ever have. But when you position something as your job, well, that’s supposed to be compensated. I don’t want my kid to be my job. I want my kid to be my kid! We’ve been suckered into believing that motherhood is a career choice. 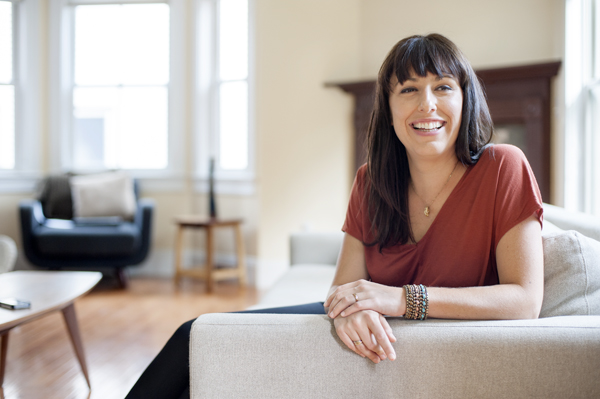 Valenti at her home in Boston.

You say that community is an antidote to parental dissatisfaction. But many of us work long hours, don’t live near our extended family and don’t know our neighbors. How can we get the “village”?
A big piece of it is our expectation that the best thing for kids is to be with one or both parents. I don’t agree. I think it’s great for kids to be around other kids and have multiple caregivers. I think it makes parents happier when it’s a little bit spread out. But it’s going to take a lot for it to change.

Like what?
I wish I had the answer! The most frustrating thing about writing this book was not having the answers. But I don’t think we need to have all the answers as long as we’re having the conversation. It says a lot about our priorities when people find Time magazine’s breastfeeding cover story more outrageous than the fact that we don’t have paid maternity leave. Who gives a shit if this woman wants to breastfeed her four-year-old? It’s really just a great distraction.